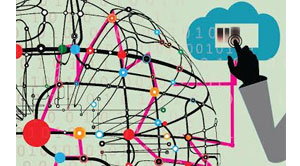 Micro-services perfectly suited to the agility, scalability, and reliability requirements of modern cloud applications recently joined the midst of application development and IT system management revolution. They are a solid as well as a modern interpretation of service-oriented architectures (SOA) usually utilized for distributed software systems. A microservices application can be delineated as the blend of independent components called “microservices,” that coordinately work to deliver the application’s overall functionality. Microservices, in addition, highlights the fact that applications should be developed compassing miniature services to reflect independent concerns similar to that of a microservice. Each of them has well-defined API contracts, typically RESTful for communication among other microservices.

Similar to the working of an SOA, services in the micro-service architecture are simple processes that communicate over the network to complete the predefined task utilizing technology-agnostic protocols. Microservices architectural style can even be symbolized as the first realization of SOA. To produce an overall application, the microservices split up software into functional modules that interoperate and communicate within the system capable enough to scale up or down to facilitate user requirements. Although applications based on microservices never require the use of cloud services, they are always ideal matches. Microservices shed light on the issues including the size of services and the mode of communication among the individual modules. In microservice architectures, undersized and lightweight services are key factors in attaining optimum performance. In addition, distributing different responsibilities of the system into various smaller services enhances the cohesion and decreases the coupling while reducing the burden of modifying and attaching functions and qualities to the system.

Microservices are moreover designed to use a cloud provider's API calls for event-driven computing. During an event, the called routine loads, executes, and then finally disappears, reflecting the detail that overall application can be written efficiently and rarely-used functions can be relegated to event-driven services. This as well allows the design of a single service to emerge via continuous refactoring while reducing the necessity for a big up-front design and the software can be released early and continuously.

Besides, rolling updates is also easy due to the independent, distributed nature of microservice-based applications, where only a subset of a sole microservice will update at an instant. During cases of an update bug, the faulty updates can be undone as soon as the issues are detected, before the bug affects the rest of the system. In automated upgrade systems, assimilation to Continuous Delivery (CD) and Continuous Integration (CI) pipelines allow developers to evolve the application without influencing the availability. The ability to scale out the system of record within a distributed topology to boost availability and resiliency makes the microservices approach further unique. Balancing performance to tolerate inconsistency while implementing these business services are recommended best practices.

The Cloud and Microservices

Years after the cloud gained mainstream awareness, enterprise customers are still sizing systems for a static load rather than being dynamically scalable. Enterprise IT solutions in general are fairly static while applications are sized in base of a 50 percent load. Microservices are supported on the ability to spin up the business services in discrete containers and brightly routed from one container or an endpoint to another. A cloud-service fabric is important for instances of a microservice to stand up and be connected, reliably offering the quality of service expected as well. The dynamic nature of cloud system allows a fresh mindset that microservices embody. While allowing the application to continue to run when parts break or are overloaded, cloud infrastructure lets the IT switch on and off at multiple instances.

When compared to traditional service oriented architectures, the complexity of arranging identity and access management in accordance with the vibrant nature of microservices components are challenging. While new services are being developed dynamically, host names for the unique instance of all services becomes dynamic as well.

Today, applications launch multiple service calls across an entire solution while earlier it was enough to authenticate the user or the machine. Authenticating the microservices container has also turned out to be challenging. In some cases, organizations employ API management for better availability of microservices like an SOA-service as the API management tools can help bridge the gap between enterprise-grade SOA architectures and microservices.

In addition, dealing with the communication among components can be a tough catch where increased latency is developed for responding to requests during calls to an application component on a single system. The network overhead used for interconnecting can also create delays.

The high availability and agility of cloud along with constant alertness demands of today’s business have strained colossal architectures and resulted in the evolution of applications that are based on microservices. By adopting a complete microservices platform, developers are able to create applications supporting massive scale with better availability, superior performance, independent lifecycle management, and cost effectiveness across both public and private clouds. Microservices can literally be represented as an application revolution powered by the cloud.