Advancement of Blockchain in the Finance Market 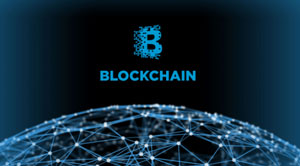 The invention of cryptocurrency Bitcoin has provided the economy with a far more advanced technology through the peer-to-peer sharing method of blockchain technology.  Blockchain’s basis was to eliminate the monopoly and corruption of the banking system by implementing a distributed ledger to make frauds and scams become impossible.  Though adopted late by the other financing firms, the new technology is allowing the finance market to improve their liquidity, redesign legacy workflows, and free up capital for future investments.  Other than that, blockchain can also be utilized to track the movement of physical assets, encrypt and protect confidential data, and to implement access permission keys to the right people without compromising data security.

Yet the potential of the blockchain, a distributed network is not limited to the aforementioned segments of finance only. Blockchain successfully eliminates middle-men such as the bank between the customer and the producer and makes a direct relationship between the two ends. These act as a beneficiary feature for stock brokers and investment bankers as the transaction between the two-ends will necessarily become fast-paced and efficient.

The blockchain is proving to be the best form of modern technology that provides an unsurpassed path to transfer data in a secure and efficient manner with the use of digital ledger. Moreover, the data cannot be tampered with or changed after it is registered within the chain, thus preventing any form of financial scams. Due to this, it acts as a trusted and accurate single ledger platform for information transaction, through which all the participants of the chain can track the new updates as well as preview the history of each data transaction.

Blockchain provides the opportunity to reduce the costs and time associated with each data transaction as well as secures decentralized private records with the help of encryption to create an autonomous marketplace.