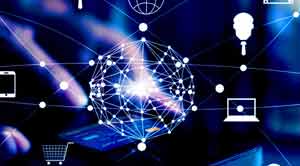 By 2022, electronic signatures enabled by visual identification will be one of the most sought-after novel technologies in the telecommunications industry.

FREMONT, CA: The worldwide pandemic has elevated several developing technologies, like IoT or SD-WAN, to the status of critical infrastructure for telcos and their associated businesses. Technology is critical for defining more efficient and less disruptive operations in this transformational environment.

This article will compile a list of the telecoms industry's technology developments for 2022, a year that promises tremendous opportunity for the business.

Obstacles that remain in the telecoms sector

There are already more cell phones than people in some world regions. Humanity has surpassed all previous records, and in most wealthy countries, the total number of active cell phones exceeds the population. Parallel to this trend, the use of Internet lines at home has increased, with nations such as Spain now having 60 percent more Internet connections at home than ten years ago.

Despite the increase in service consumption, the sector's economic performance has been negative in some countries. In Spain, 35 percent of income has been lost during the last decade, 25 percent of employment has been lost, and returns on investment are low, and in some cases, negative.

Telecommunications operators must digitally alter themselves to become much faster and more flexible as part of the industry's reorientation. They must develop more efficient, agile processes and produce fewer problems if they wish to return to former levels. They must accomplish this by integrating technology into their procedures. As a result, their organizational structures, procedures, and systems will be simplified. Internally, they must leverage intelligence and data to increase their effectiveness and efficiency. Externally, it is critical to provide novel experiences to customers and even create new enterprises with a significant influence.

The technology developments that will shape the future of telecommunications

5G COMMUNICATIONS: People are now discussing the fifth generation of mobile networks. This new generation is a far cry from the first, mostly used for speech applications.

The first difference in this fifth generation will be the method of network connection and the benefits provided by the WWW (World Wide Wireless Web). The WWWW is being developed to support a mobile environment where users will benefit from seamless broadband connectivity, a robust ecosystem of mobile applications, and cloud-based services.

One of its primary advantages is its increased capacity for serving devices, lower energy consumption, and faster information retrieval, implying that a single access point of action 6 may service up to 500 devices concurrently.

As with 5G, WiFi 6 technology has practical uses in the entertainment industry, including augmented and virtual reality. However, it has other applications in industry and areas such as medicine, including telemedicine, teleworking, the Internet of Things, and smart cities, which people shall cover in the next point.

SMART LOCAL COMMUNITIES: The world's population of smart cities is increasing. Cities like Tokyo, New York, Singapore, and Barcelona are cutting edge of the various sectors of action associated with a Smart City. For instance, environmental protection, urban mobility, security, education, health, the economy, and government.

Cities must adopt technology such as 5G, WiFi 6, and others to grow. In reality, smart cities encompass more than technology to connect neighborhoods. It is about leveraging innovation's potential to address the issues of urban living, with the ultimate goal of helping citizens.

CUTTING-EDGE COMPUTING: Edge computing is a technology that has the potential to redefine and reinvent how humans and devices connect to the Internet. The proliferation of IoT devices generates a large volume of data that must be processed in data centers, exceeding network bandwidth limitations.

Edge computing aims to bring computation and data storage closer to the point of use to enhance reaction times and conserve bandwidth.

Beyond Technology : Transforming Businesses Through Technology