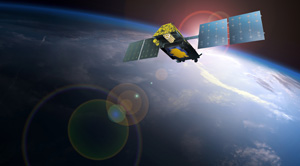 These new technology modems catalogue a wide spectrum of modulation and coding of the DVB-S2X standard—from BPSK to 256APSK, providing improvements in spectral efficiency of up to 60percent for satellite bandwidth savings, as per the company. According to Oscar Glottmann, CMO of Advantech Wireless’ Satellite Networks Business Unit, the AMT-50/50X modems which are fully integrated into Advantech Wireless Management Systems are parts of Advantech Wireless’ A-SAT-II satellite communications family.

The AMT-50 modem covers bandwidths of up to 36 Msps, which is ideal for a 36 MHz transponder including the DVB-S2X time slice number concept. While the AMT-50X model stretches to the 80 Msps range suitable for a 72 MHz transponder or in other words up to an 80 MHz DVB-S2X time slice. Both devices support multiple waveforms such as DVB-S/S2/S2X, Carrier Echo Cancellation along with other advanced features namely ASI inputs/outputs to support video, L2/L3 switch/router with an in built QoS/PEP and CID as per the Federal Communications Commission (FCC) regulations. The built-in IP processing features of these modems make data transmissions more efficient and cost effective as reported by the company.

“The high throughput satellite bandwidth saving SCPC modems of the AMT-50/50X family append the Advantech’s SCPC portfolio with its meritorious features,” says Glottmann “The cutting edge technology attributes such as Carrier-Echo Cancellation and the advanced waveforms including DVB-S2X, NS3 and NS$ deliver an unmatched satellite bandwidth savings of 40 to 60 percent,” he adds.