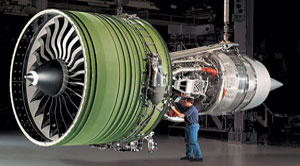 FREMONT, CA: 3D printing is still a novice in the enterprise world, but its popularity is steadily increasing since its first entry in the market.. Adding on to the success story, Arcam, an additive manufacturer company will be reaching to its true potential by pledging services to Aerospace industry with its expertise in metal 3D printing operation.

Technology leveraged for the cause is the Electron Beam Melting process, which is a regular powder bed technology. Here, a thin layer of metal powder is laid down on a printing bed and subsequently mixed on a layer by layer method, till it gets melted together. The product is passed through a powerful electron beam to assemble it as a fully dense metal part.

The whole procedure may appear as a little cumbersome in the beginning, but in long run the powder bed printing comes as a handy solution in manufacturing of components with complex geometries in a single go, in contrary to orthodox method of manufacturing multiple parts that needs to be later amalgamated. The technique helps in shaping up an end product that is stronger and money-saver in all respect, with a faster production time.

Arcam leaves no stones unturned in its attempt to boost the usage of 3D printing across aerospace industry The technology plays a very critical element in making aircraft components lighter. It will be working on to serve GE Aviation, to print and produce more than 100,000 parts for its jet engines in 2020. The U.S. engine maker will further use the technology for the production of its light weight aeronautical turbine blades by 2018.

Currently, majority of the 3D printing services are under the prototyping stage, but soon it will be working for the needs of aerospace and automobile markets, as there will be a rapid shift to live production of commercial ready parts.