AggiePol by Teysha for Conserving Environment from Plastic Pollution 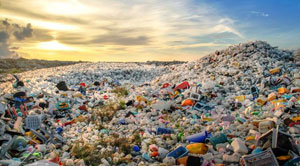 Plastic is famous for its non-biodegradability. A majority of the plastic products are quickly being discarded as waste into landfills or oceans. Most of the plastic products remain without degrading for thousands of years. After a significant amount of research, Teysha Technologies was able to produce a natural polycarbonate that can generate fully biodegradable alternatives for already existing petroleum-based plastics. AggiePol is a bioplastic that is derived from sustainable feedstock and it can be altered mechanically, physically, and chemically to make it compatible according to the needs. This versatile material can replace the conventional plastic that is used in medical equipment and automotive industry. The plug and play used by Teysha’s technology take monomers and co-monomers to create an eco-friendly alternative to conventional plastic.

The material doesn’t make use of hydrocarbon-based petrochemicals that are usually obtained from fossil fuels. Teysha’s product makes use of natural products like agricultural wastes and starches. The polycarbonate materials produced by Teysha’s technology can accurately control formulation, chemistry, and polymerization condition. The environmental impact of plastic can be minimized by tuning the degradation rate of Teysha’s AggiePol. Dr. Ashlee Jahnke of Teysha Technologies stated that existing plastics in sea eventually breaks down into microplastic particles which are consumed by marine life, ends up in the food chain that is later consumed by people.

The new system developed by Teysha is based on water-driven polymer degradation. The process allows the material to breakdown in moisturous conditions; it does not require industrial composting conditions or microbial activity.