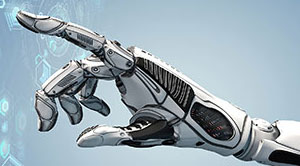 The population demographic is an ever-increasing phenomenon that has its impact on every sphere of life. The world population increase also means an increasing demand for food supplies and other agricultural products. To elevate the yields in agriculture, the help of robotics and AI-powered technology is a must.

Robots can very efficiently perform all agricultural procedures. The advanced robotics mechanism has opened the agriculture sector to a plethora of robots and drones technology used for all farming activities. One such robot is a solar-powered robot named the Ecorobotix. This robot has a light-weight GPS and a fully autonomous drone. It can be used for the entire day and can effectively target and spray at weeds, with its advanced imaging system. Its extended arms reduces the use of herbicide to 90 percent and prove to be 30 percent cost-effective than traditional farming methods. Naio Technologies also offers a wide range of robots to perform activities like weeding, hoeing, and assisting during harvesting. The Energid r Citrus Picking System effectively helps in citrus fruit-picking and accumulation. This mechanism is cheaper and faster than human labor.

Agrobot E Series is another robot equipped with 24 wireless and mechanized arms and has an inbuilt AI system. This system can pick strawberries and also determine their ripeness. The BlueRiver LettuceBot2 helps in lettuce farming by preventing the growth of herbicide-resistant weeds and is very precise as it uses 90 percent less herbicide. Agribotix is a drone mechanism used in large areas of agricultural land to monitor the cropland and provide crop data. It is also helpful in determining the health of the crops.

Vision Robotic System, a San Diego-based company, has been working on an agricultural robotic system and AI-powered robots for a while now. These robots are used to tackle the host products by performing tasks like vineyard pruning. These robots successfully image vines and use robotic arms to rare plants and also lettuce. The Roboplant is installed with semi and fully automatic machinery for greenhouse management and even in protected horticulture. This mechanism takes seedlings and plants them in an optimal pattern. The PrecisionHawk is another mechanism that uses drones to work as agricultural robots.

The use of technology, robotics, and AI-powered mechanism in the field of agriculture has immensely helped in taking agricultural productivity to the next level. The ultra-precision of these robotic systems has made farming an autonomous, precise, and hassle-free activity, which spurs fundamental global changes in the world.