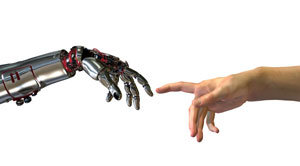 Eyeing market competition, organizations are looking to tap equity and venture funds to build capabilities that provide them an edge in the market. Recently, a Chinese firm in the facial recognition development arena has announced gaining the second round of funding. Moving from a little over $600 million, its value skyrocketed an upwards to $4 billion.

Simultaneously, another enterprise RPA company, UiPath, received a significant investment in the Series B round. This round, the organization claimed, has taken it to the status of a unicorn which brought about a year of massive growth. The UiPath team says that the increase in enterprise customer base by seven times in less than a year has been the highlight of their success story.

For AI startups such as these, the new momentum has helped them gain trust from their investors. While these are few among the many significant rounds, a number of startups in the AI vertical have been able to raise phenomenal amounts.

One such startup is Drishti, a startup based out of Palo Alto which is thriving to imitate human actions and performance into the assembly lines for manufacturing industries. While there are a plethora of organizations that have bloomed with the ability to perform predictive maintenance through the inspection and monitoring of equipment, Drishti claims that it stands a class apart in making this happen. Recently, Drishti, which is merely two years old, managed to raise over $10 million Series A.

Similarly, another AI based company that emerged from San Francisco, Alloy.ai, has brought about a supply chain platform that analyzes information that is derived from every source in the supply chain. With a mission to unveil the supplementing income opportunities, the offerings of Alloy have enabled it to raise over $12 million in Series A.

Although the names here form a tiny part of the AI based startups, there is a long list of AI firms which have been able to raise significant amounts while being in their infancy.