All about Virtualization and its security 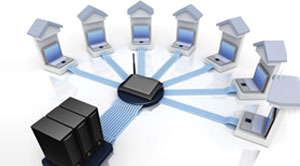 Virtualization is the collaboration of hardware and software engineering, which creates Virtual Machines (VMs). These are considered to be an abstraction of the hardware of the computer that enables a single physical machine to act as numerous machines. Without VMs, a single operating system will own the entire hardware resources, but with the deployment of VMs, multiple operating systems that has its own separate virtual machines can share the hardware. Virtualization refers to the ability to create a virtual or software-based version of something that includes storage devices, virtual computer hardware platforms, and computer network resources. Virtualization can be broadly classified into three categories that include operating-system virtualization, full virtualization, and para-virtualization.

When the servers of an organization are virtualized, the number of physical hardware used will reduce. This implementation of a lesser number of hardware will result in the drastic reduction of cost of the organization. Backup of the virtual server can be created and it can also be relocated and redeployed in a faster and easier way. The disaster recovery of virtualization is very strong and swift and requires less human resources and less cost. Virtual machines have the capability to migrate to the cloud, which makes it even more efficient for the organizations. Virtualization can improve and increase the IT agility, scalability, and flexibility while providing significant cost savings. With numerous advantages, virtual environment helps to reduce the work of the organization's workforce. Today, virtualization represents a sea of change in the IT industry, with numerous features that were never possible until the recent past.

The major security issues faced by Virtualization are:

• The complexity of the environment or the virtual layer of virtualization makes the security issues complex and thus difficult to handle and solve.

• When the virtual machine is migrated from one physical server to the other, the process might result in vulnerabilities in the physical host.

• The security of both the physical host and the virtual host can contribute to the virtual environment’s security complex.

• Managing the patch level of the virtual machines operating system should be considered critical.

Measures to prevent the security threats

• The enterprise must make sure that only a limited number of necessary services are run on the host. When the number of services and process are lesser the level of the security and performance is higher.

• The virtualization and the security software should be updated frequently.

• The use of the VMs should be limited to critical staff of the organization.

• The organization must ensure the utilization of the security products that enhance and support virtualization.

• Backups should be created at regular intervals.

• Segmentation on the physical VM servers should be created.

• The organization should have a well-defined and documented policies concerning security which should be attached and enforced for all VMs as they are rolled back, migrated, or paused and restarted.