An Inside Look into the Changing Capital Market 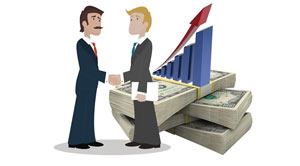 Unfavorable economic environment, escalating capital requirements, and obdurate high costs are slowing down the performance of various investment banks. Global capital markets have had their slowest start in 2016 as companies have retreated to the sidelines due to the backdrop of volatile markets. The future of capital markets has become a subject of focus and speculation since the financial crisis (2007-2009), which was labeled as the next big crash after the ‘Great Depression (1929-1939)’.

The vitality and well-being of capital markets is critical if the world has to return to an environment of sustainable economic growth. Moreover, effective capital markets are essential to the efficient allocation of credit and the investment. There is a general belief all around that capital markets in 2020 will look very different from what they appear today. One survey conducted by PwC indicates that 31 percent of capital market executives view retaining existing clients as one of their top challenges for the next five years. Backed by new technology and growing information, the capital market industry will be more demanding and more resistant to the status quo.

Capital markets are in a state of flux, thanks to new regulations and disruptive competition dawned by the FinTech. The majority of the technology and operational infrastructure in the near future will be operated not by the banks but by financial technology (FinTech) companies, outsourcers and industry utilities (both bank and publicly owned), bringing both new management and regulatory challenges, along with cost and efficiency benefits. The new landscape means the FinTech companies have to get creative in order to address new competition while still adhering to compliance. Technology will be the disruptive force in the foreseeable future, imbuing innovation and change. We will see it as a disruptive facilitator of new products, business models, services, and operating structures, as well as a catalyst for the entry of new participants.

From crowd funding to the blockchain, changes are afoot that hold the potential to revolutionize the way we think about capital markets and interact with the world of finance as investors, business, and consumers. Some of these factors are listed below:

1. Crowd Funding: With exponential growth of crowd funding model, startups now can fund a project or a venture by raising money from a large number of people, often via the internet. Indiegogo reports on its website that as of November 2015, over 10,000 entrepreneurs have used its platforms to bring numerous ideas to life. Ironically, many people are willing to support without expecting a return, and yet they are unwilling to support growth companies listed on public markets.

2. Smartphones: Today smartphones have put humongous amount of data and computing power into the hands of their users. According to Statistica, over a third of the world’s population is forecast to own a smartphone by 2017, an increase of 13 percent on the figure from 2014 and this is likely to have a huge impact on how business is done in the near future. By the end of 2016, the number of people owning smartphones will likely have passed the two billion mark. This level of penetration and reach should prompt radical thinking about how we can make markets more accessible in tune with the modern lifestyles.

3. Blockchain: Blockchains are developed on a series of innovations in organizing and sharing data. The aim is to create a single version of the truth, used by all participants, containing a much richer and diverse dataset that exists in any one system today. This will in turn pave way for development of new industry processes, based on the use of real-time data, prompt resolution of business transactions and the expansion of ‘smart’ contracts, with business logic encoded into the ledger.

New innovations in the field of encryption technologies can foster security and anonymity of highly sensitive data in a shared access environment. The technology allows users to reveal information selectively and securely to others as per the requirements. Mutual consensus verification protocols allow a collective approach to agree upon updates collectively, with a certainty that the overall database remains correct and up-to-date at all times without the necessity for a central governing body. There are a large number of varied approaches to consensus protocols, but a common requisite is that there are enough safeguards to prevent malicious manipulation and ensure that not a single point of failure exists. Smart contracts are programmes or code uploaded to a ledger, rather than basic passive data entries. They are programmed to generate instructions for downstream processes (such as payment instructions) if reference conditions are met. Like passive data, they become immutable once accepted onto the ledger.

Adoption of blockchain technology will be reliant upon aligning industry standards for the process, data terms, contractual documentation and so on. Regardless of technological innovation, this standardization can improve settlement times and cut down costs using existing market practices and infrastructure. A central authority could maintain a single universal source of the truth database recording asset transactions which all participants use as their golden source. When all the participants operate from their own local version of the universal source, it reduces system duplication along with the associated cost and risk of errors. Counterparties can bilaterally divulge information without asking the centre. With no central authority in place, there is no single point of failure. Entries into the blockchain are irrevocable once agreed, so there is a reduced risk of manipulation.

4. Predictive Analytics will have a huge impact on insider and rogue trading

Regulators and financial services firms will constantly keep a tab on trades and traders to spot deviant behavior and anomalous trades, using streaming analytics with predictive analytics models on top. This will help them predict, with a good deal of certainty, unusual activities in the market; insider trading, market manipulation, even money laundering will be checked and stopped before markets get affected.

While financial technology companies have already made their mark and disrupted retail banking and investing business models with lower cost banking and financial planning websites, they have succeeded only in scratching the surface of the behemoth investment banks’ businesses. This is bound to change in 2016 as FinTech firms will begin to target private investment, wealth management, and small business lending. 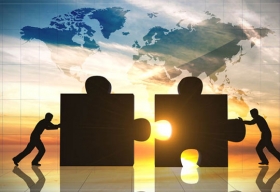 The Role of Technology and Advisors in Capital Sourcing 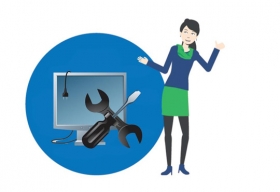 How to Maintain the Clientele? A Primer for Channel Managers in HAM Arena 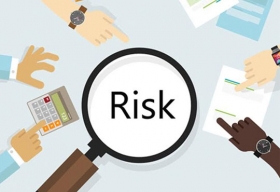 Manage Your Software Assets in One Place, and Make the Right IT Decisions 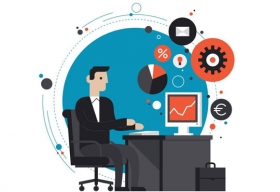 Impact of IT Asset Management