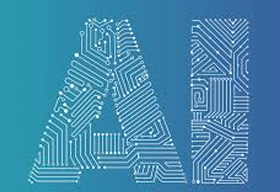 “The science of today is the technology of tomorrow.” The wisdom within this quote of Edward Teller implies best to Artificial Intelligence (AI). The technology fabricates platforms for machines to learn from their previous experience and perform human-like tasks. Psychologists examined human brains and concluded that it is the combination of diverse abilities rather than one single attribute. Similarly, an analytical approach has been followed by the AI researchers that focus primarily on intelligence, learning, skills and reasoning to develop robust AI.

In today’s world, everything around us from personal virtual assistant to smart cars are powered by artificial intelligence. The scientists have even tested AI algorithms to understand suicidal tendencies of people. Due to such diversity in its scope, the analysts from Deloitte have predicted that by 2020, 85 percent of C-level executives are planning to invest in AI and Internet of Things (IoT). This year will see 30 percent of the UK industries investing in the technology which would amount to £10 million. The figure can either be huge or modest depending on the IT budgets that companies have allotted. It is estimated that while majority of companies spent to about £20 million on IT, a quarter of the bigger player’s spend can reach as high as £70 million annually.

However, there is a gap in acquiring digital skills for leveraging AI arising mainly due to scarcity of resources and strategies such as training and coaching. On one hand, leaders who expect that AI is going to disrupt their industries and reduce their workforce while on the other hand, many tech leaders fear the consequences of weaponization of their own creation. However, the key area of research is to remove the ingrained biases by proliferating powerful AI in the society.