Analyzing the Influence of DevOps on IT 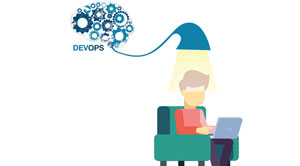 DevOps is no longer a niche concept in the IT arena. It has achieved mainstream status, where businesses of all backgrounds and sizes are embracing DevOps tools and principles.

DevOps found its initial traction within large public cloud service providers. With most of the applications running in the cloud, much of what used to be considered infrastructure is now part of the code. WebOps giants like Google, Twitter and Amazon are known to do deployments many times a day. In order to produce at such a rapid rate, you have to ensure that you are not disrupting what’s already working. DevOps ensures frequent deploys with a very low failure rate. When an organization says they are doing a large number of deploys to production every day, it does not mean that they are coming out with tens of new features or bug fixes every day! What these companies are trying to incorporate is true and full-fledged ‘Continuous Deployment’. That means every change by every developer works its way out to production. These may not be complete features – several such changes by multiple developers, over days may make up a complete usable feature. They may not be visible to a customer at all – it is only after the completion that it would become visible.

One of the troubles with DevOps is that there are about as many definitions in the market as there are confused organizations trying to understand what it means for them. On a very basic level, the sole idea of this DevOps culture is to simplify the way development and different branches of IT operations work together. Software Development and operations have historically been siloed entities in organizations. They have been separated in many respects due to the constraints of enterprise systems practices and the shift from waterfall to agile development processes.

DevOps is a phenomenon coming forth from the amalgamation of two major related terms. The first one is named “agile system administration”; it got its name from applying newer agile and lean approaches to operations work. The second one is ‘collaboration’, which offers a much wider understanding of the value of teamwork between development and operations throughout the stages of the development lifecycle when creating and operating a service, and how important operations have become in the ever increasing service-oriented world.

The DevOps movement focuses on a group of people who believe that the application of a combination of appropriate technology and attitude can bring about a paradigm shift in the world of software development and delivery. The whole group of developers, testers, managers, DBAs, network technicians, and sysadmins are all trying to achieve the same thing: quality, and reliable software that ensures ROI. More significantly, these people understand the critical point–we are all on the same side!

To get a wider picture of DevOps, it’s important to define the most important capabilities of any DevOps environment.

. Collaboration: Instead of pointing fingers and looking at each other, development and IT operations work together towards a common goal of improving the bottom line. While the gulf between these two groups created the need for its creation, DevOps extends far beyond the IT organization, because the need of collaboration extends to everyone with a stake in the delivery of software.

. Automation: DevOps depends a great deal on automation and that means you need tools. Tools you build. Tools you buy. Open Source tools. DevOps relies on automation for the end-to-end software development and deployment process. The only caveat: Because DevOps tools are so effective; there is a general tendency to see DevOps as just a compilation of tools. While it is true that DevOps depends on tools, it is much more than that.

. Continuous Testing: The testing piece of DevOps is easy to overlook-until you get burned. As one industry expert puts it, “The cost of quality is the cost of failure.” While continuous integration and delivery hog all the limelight, testing is finding its place as an equally critical piece of DevOps. Continuous testing is not limited to QA; in fact it starts in the development environment. In a normal DevOps environment, everyone is involved in testing. Developers make sure that, along with delivering error free code, they provide test data sets. They also help test engineers configure the testing environment to be as close to the production environment as possible.

. Continuous Delivery: Continuous delivery is nothing but taking this concept of integration to the next step. Instead of ending at the doors of the development lab, this process extends to the entire release chain, including QA and operations. Once the application is built, at the end of every Continuous Integration, delivery to the next stage gains utmost importance. The sole aim of Continuous Delivery is to get the new features that the developers are creating, out to the customers and users as early as possible.

The fact remains that building quality software is a tough task—it's prone to errors, it's risky, it's unpredictable and software developers have started to realize this.

Check This Out: Top DevOps Companies

Companies that incorporate DevOps practices get things done at a more rapid pace, saving time and increasing efficiency. They deploy code up to 30 times more frequently than their nearest competition. The biggest change that has happened in the DevOps arena is that there is only one team comprising of multi dimensional team members including developers, DBAs, QA, business analyst, operations engineer and others. Collaboration along these different roles and lines delivers many benefits. Some of these are listed below:

. Problems are not that complex to fix

. Faster and efficient delivery of features

There is a tremendous amount of confusion in a typical IT environment due to manual processes, which forges errors and a sense of frustration. Automated deployments and standardized production environments make it easier and less time consuming and free people from the same monotonous tasks.

The Future of DevOps

Sure DevOps is critical to many businesses functions, but is it the future of IT? The answer to this question still remains shrouded in mystery. DevOps is a critical piece of the overall IT puzzle; however, IT must be balanced in its approach to promote overall business health. Security must balance with agility; elasticity must balance with resources and costs. DevOps is not something that is new to IT, but its importance has increased gradually over the years. That doesn't mean it's the only future. Much like virtual desktop infrastructure, people have to realize DevOps and the cloud will not solve every quandary. In fact it might even create certain new problems.

One thing is clear that DevOps is a piece of the overall IT ecosystem which is designed to provide support to the business. The DevOps share of that puzzle has grown in size, but so have all of the pieces needed to support it. Security and infrastructure must be there to support this new focus. While the spotlight may focus on DevOps practices, that doesn't mean other supporting pieces have gone away. In fact, as the DevOps movement continues to grow at a rapid pace, so does the infrastructure needed to support and secure it.

Successful implementation of DevOps in any organization puts you on your way to faster and more effective continuous delivery. Continuous delivery means that as soon as the feature or features have been developed, it can be directly rolled into production. Agile development practitioners will continue to focus on the core principles of agile development to drive innovation. The growth and evolution of DevOps and the increasing move towards Continuous Delivery are just two examples of how agile methodologies are changing the business landscape for the future.