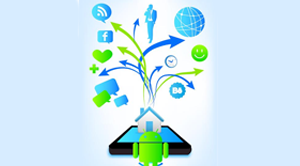 Enterprises today are increasingly embracing the Bring Your Own Device (BYOD) trend by leveraging mobile devices like Microsoft Surface Pro and iOS enabled gadgets to access data anywhere, anytime, allowing employees to work flexibly. However, Android-based devices, despite clocking high sales in the global consumer market, have not made their presence felt in the BYOD scenario. The key to understanding Android’s absence in the BYOD realm lies in examining the particular features of the operating system that raises the concerns within an enterprise to adopt them. Experts cite security, lack of business apps and fragmentation as the prime reasons for enterprises avoiding Android devices.

Security has been one of the major concerns in deploying Android on a pan-enterprise BYOD program. The data encryption process has been reported as slow even in the high-end devices running on Android. In such a scenario, the low-end devices are most likely to witness a crippled performance. Also, as the process of encryption is not invisible (unlike in the case of iOS); the concerns related to security are natural.

The constant presence of malware and phishing apps on Google’s Play store has also caused fear among the enterprises with regard to security and integrity of their data. This becomes a grave concern for enterprises, when it comes to deploying Android devices for BYOD.

Although Android apps can support email and calendar, the absence of suites featuring spreadsheets, slides and word documents, do not make it covetous for business. The absence of these features to support integration of  third party apps such Oracle Database, E-Business Suite and FTP On The Go Pro, is also a reason for Android’s unpopularity in business.

Future of Android in the BYOD scenario

The aforesaid concerns, tend to raise questions about whether Android is suitable for enterprise or not. With the intention of making Android suitable for enterprise use, Google launched Android For Work (A4W) in March 2015. A4W contains features that separate personal and private data, built on top of the Android framework; standardized management tools and security controls are also a part of A4W.

• The work profiles feature is available on devices running on versions released after Android 5.0 Lollipop. It has an architecture that separates the personal and professional information. The IT administrators shall have no access to the user’s private data; the professional data however, can be traceable  by them.

• A4W application is a free application through which the services can be accessed. However, devices would require Enterprise Mobility Management (EMM) software in order to use this application.

• Google Play for Work allows users to install third-party applications on the device used for business with the approval of the company’s IT wing.

IT stalwarts have now begun to take cognizance of the benefits offered by A4W for enterprise use. Employees’ concerns about the management getting access to their personal data have been addressed, which sets the ground for acceptance for Android in BYOD among the workforce. As A4W integrates well with the mobile device management solutions such as Citrix and MobileIron, organizations are in a position to safeguard their data from being misused by the employees. Finally, the management is in a position to install applications on the employees’ devices as per requirements.

With all these features in place, the reluctance of enterprises towards using Android is on the wane. This brightens the prospects of Android-based devices in BYOD.

Bring Your Own Device: What is it? And How to Successfully Implement it? 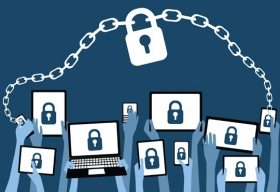 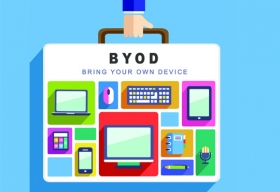 How to Mitigate BYOD Risks and Challenges 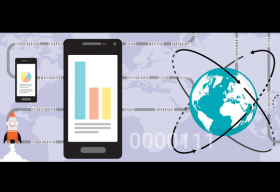 How to Enrich your MDM Tool to Purge BYOD Challenges

easySERVICE Data Solutions: Discover the Potential of Virtualization for BYOD

Complete Tablet Solutions: Mobility or Mobile Solutions for All Industries

Vaultize: A Proactive Approach towards BYOD