Android-developed Malware Accounts for 97 Percent of All Malware: Report 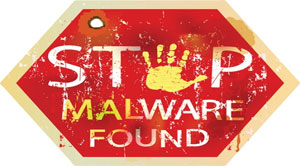 Key findings of the report include:

The ability to take profit from an end user with SMS premium services or ad networks is a capability of each of the top 10 malware threats identified in 2014.

The overwhelming majority of Android malware is being developed and distributed in unregulated third party app stores in the Middle East and Asia.

There were four iOS targeted attacks in 2014 and most targeted jailbroken devices. However, WireLurker is the first example of a non-jailbroken iOS device being infected by tethering to an infected Mac device.

The report, based on data and research of more than 2.5 million mobile applications gathered by the Pulse Secure research facility, found there continues to be an increase of Android developed malware in an attempt to turn a profit. The Mobile Threat Center determined a significant growth in Android malware, which currently consists of 97 percent of all mobile malware developed till date. It also found significant takeaways for enterprises, highlighting that many organizations have attempted to embrace BYOD with Mobile Device Management (MDM) suites or capabilities, but are being met with resistance from users because personal devices are falling under the control of enterprise administrators. So malware meant enterprises should think hard before introducing BYOD and the one who already implemented it should tighten its security.

The Pulse Secure Mobile Threat Center conducts malware researches on mobile device platforms to track round-the-clock security and vulnerability issues. The Mobile Threat Report analyzes attacks, threat vectors and the common misuses of mobile devices that have led to a significant risk spike in mobile devices. The annual report indicates an increasing need for regular health checks for rooted or jail-broken devices that attempt to connect to enterprise networks and steal resources.

"Enterprise networks, while continually hardened at the perimeter, need to apply similar mobile security controls to appropriately deal with the ever increasing BYOD push coming from employees. The focus on Android and jailbroken iOS devices by mobile malware developers illustrates that they are actively attempting to exploit mobile devices as the weak link in enterprise security," said Troy Vennon, director and author of the report, Pulse Secure Mobile Threat Center.