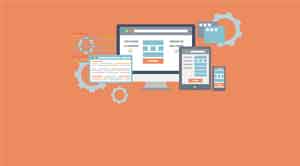 With the changing IT landscape, businesses need to address these changes accordingly. This requirement demands upgrades to the existing APIs used by the business. The most common way of handling such upgrades is to have versions of an API. There is no “single solution” to any problem as innovation demands complexity with the different requirements in APIs. The main benefit with versioning is the knowledge of how to handle future upgrades without knowing what those changes exactly are. API versioning and migration are getting inexorable, especially as application program interfaces become increasingly tied to ever-evolving business priorities. However, in order to make successful API changes, a few key steps must be taken.

While developing an API, it is probable to predict the schedule of planned patches or feature releases that may break compatibility with the existing system. In order to keep up the customer and clients to speed, developers should share a calendar of events that mentions the expected time of delivery and that documents any unplanned changes that may affect the client. Just by displaying this information with the software’s release notes and documentation, will keep the customer well informed and reassured. There are a lot of ways to convey this information like emails and brochures, but as long as the documentation is available by any means, development will go smoothly.

Without compliance to some sort of formal specification, API version numbers are essentially useless for dependency management. Semantic versioning is the naming convention in the industry for patch releases. Using this naming convention is a critical way to make sure the API versioning goes exactly according to the plan by the developers. This formal standard provides a clear specification for version numbers as well as what compatibilities will be broken or left intact after the development of the API. This nomenclature has been adopted by most of the big players like Google and Oracle. For the API consumers who have a proper understanding of semantic versioning will easily be able to keep track of the changes made. For those who are unfamiliar with this concept can refer any of the plethoras of resources available online to find about how it works.

During the development of newer versions of APIs, some additional features usually force to break certain compatibilities with the previous structures. However, the existing API consumers that rely heavily on those particular compatibilities may not be keen to find surprise breakages after the users upgrade to the newer version. The best method to counter this issue is to work the users consuming the API to create a well-defined migration strategy. This strategy can be established by determining the compatibilities which are essential to operations. These operations include particular features or services that can't be allowed to fail. If a full migration strategy can't be established, it is recommended for developers to create a backward compatibility adapter in case the restoration of essential functions is required. API versioning allows users more time to deal with any potential problems and create any needed compatibility adapters.

An abstraction layer allows maximum flexibility and guarantees minimal rework when additional business applications need to access the database. In addition to that, layers of abstractions indicate the frequency of any API versioning. By abstracting APIs in this way, users can get a clearer understanding of how frequently they should expect changes to occur to the APIs they use and plan accordingly.

A hybrid cloud implementation approach while provisioning APIs avoids uncalled-for breakages. API users can continue to operate with their own version of API by keeping a certain number of critical resources and dependencies on premises. Without this feature, users will be forced to upgrade with every API versioning, risking compatibility breakages which is important while dealing with multi-tenant APIs that manage a large number of functions.