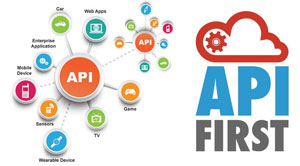 Over the years, software development patterns have witnessed some major changes. The constantly surging demands for mobile access, cloud technology, necessity of integration with third party tools for additional services and strict deadlines for completion of projects, have all been instrumental in affecting these changes. In order to deliver projects on time without compromising on the quality, developers have begun to leverage the Application Programming Interfaces (APIs). APIs act as interfaces between separate software components to integrate them with each other. They have successfully eliminated the barriers that existed between enterprise applications and the services that could be offered through them. All these advantages, along with the ease of integrating additional features on a product using APIs, has made API-first approach in product development tremendously popular among developers.

API-first approach emphasizes on building APIs first and later developing the software with the API as a base. The strategy attaches importance to the interests of targeted developers to enable a simpler integration of different software, with the application being developed.

When two teams develop applications proposed to be integrated with each other, API-first approach can provide clarity to both the teams on the exact modules to be developed in both the applications to support the integration of one with the other. Such an understanding would streamline the process of developing the necessary APIs to smoothen the integration process. The approach also holds well when two companies having products of a different nature come together for product integration. For example, a company developing a digital marketing platform could negotiate with a social media firm like Twitter, to have the relevant APIs developed early. This allows the marketing company to have the benefit of Tweeting from the platform from the beginning. Lack of proper APIs could potentially result in a nightmare, disrupting the integration of disparate products. In order to avoid this, companies are increasingly following the API-first approach.

While the benefits of API-first approach are apparent, a comprehensive overview of its benefits can be taken:

• API-first approach has allowed companies to offer their software or platforms as services on Software-as-a-Service (SaaS) and Infrastructure-as-a-Service (IaaS) modes. For example, a company looking to integrate a Customer Relationship Management product (CRM) with its contact center software may not require all the features present in a CRM. In such a situation, having APIs that could provide access only to the specific features requested by the client would be extremely useful for the CRM provider, eliminating the need for investing resources on customizing the CRM product to client’s needs.

Today, it is no secret that APIs have opened up a new line of business for enterprises. In this context, a popular buzzword in the software world is the API Economy, which refers to the release of APIs by companies for creating newer functionalities. The surge in API economy has eliminated the vacuum that existed in the development world earlier, making companies inflexible to support the integration of their product with others. This has resulted in a perception within the IT industry that software is only as good as the APIs offered by the vendors.

The growth of cloud and mobile technologies are particularly scaling the API economy to newer heights. Technologies like IoT and AI are likely to see greater levels of integrations between different systems, which would further push up the demand for APIs. These are clear pointers to the fact that API-first approach in software development arena is likely to grow.