“Our POL reports provide an external and independent view of the POL market and this years findings did not disappoint,” said Martin Chiesa, Senior Consultant, BSRIA. “The awareness of POL is at an all-time high and findings show the adoption of this technology will continue to show impressive growth, despite the slowdown experienced during the pandemic. Further industry acknowledgment of POL adoption, is additional players, such as Cisco, entering the market.”

Before the pandemic, the study reveals that POL development in 2019 was in line with the most positive scenario from 2015 estimates. Although COVID-19 has slowed market growth, it is on the mend. According to the findings, the POL sector will be back in 2021.

The following are some other highlights from the POL market report:

• POL market growth is expected to outpace that of traditional Ethernet networks, indicating a change in the industry.

• 87 percent of the industry is accounted for by the top four POL verticals. Hospitality (27 percent) and office buildings (31 percent) are the fastest-growing industries, led by government (22 percent) and student/senior housing (7 percent).

• Key factors driving POL adoption include the growth of 10G PON, solid growth in remote powering, the continued use of 4 Port ONTs, and the entry of new market players such as Cisco.

• Asia, North America, the Middle East, and Latin America are the three geographical regions leading the global POL market, with Asia and the Middle East predicted to rise the fastest.

Rich Labonski, Enterprise Sales Executive at DZS and Chairman of APOLAN, said, "The latest results in the BSRIA study are consistent with the impressive interest and adoption of POL that APOLAN has seen in a variety of markets." It is no surprise that POL is proving to be a smart, reliable, and stable solution that reduces complexity and costs, whether it's enabling Wi-Fi 6 deployments, extended distance surveillance networks, or smart-building applications.

The Passive Optical LAN World Markets Report is the most reliable research report in the POL industry. APOLAN and BSRIA commissioned it to collect data from the world's top Passive Optical LAN experts, including APOLAN members, suppliers, distributors, integrators, and consulting firms. 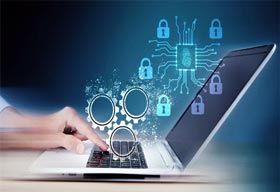