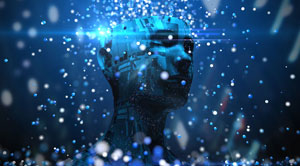 Cognitive architectures deal with various aspects such as fixed memories, decision and learning mechanisms. It’s analogous to trying to understanding the structure of the mind.

FREMONT, CA: Developing an automated system or a robot doesn't involve a linear path. Instead, it is based on various considerations and decisions that iteratively impact the development of the system. Attempting to model an intelligence based on either ephemeral human mind is a difficult task with a huge amount of competing hypotheses and models to boot. Some researchers are working on stacking and combining a robot’s different piecemeal capabilities as it learns them into an amalgamated artificial general intelligence (AGI).

The present state of AGI research is amidst a complicated question without a clear answer. The field of AGI is a recent phenomenon that is trying to position itself in contrast to traditional AI. In a way, conventional AI is the narrow, single-process technology present in the digital assistants and floor-scrubbing bots.

The challenge is that none of the above-mentioned sub-fields are internally consistent or organized. The research in such fields is operating as pseudo-confederations, carried out mostly by those who attend a specific conference. In contrast to the current situation, AI in the past was synonymous with Strong AI technology, which promised the actualization of a broad set of human-like capabilities that came to a halt in the early 80s and the community moved back to narrow AI. The idea is getting revived with AGI.

AGI community is attempting to build everything from a single equation for all of AI approaches where it will be possible to pick a whole bunch of technologies and assimilating them while expecting interesting results. The main feature of the architectural approach is that the structure frames the things. While in computers, it supplies a language that can be used to program things in. Cognitive architectures deal with various aspects such as fixed memories, decision, and learning mechanisms. It’s analogous to trying to understanding the structure of the mind and how the technologically translated pieces work together.