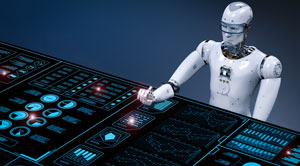 Artificial Intelligence (AI) is currently making headways to every segment of in businesses. As AI has been absorbed into enterprise infrastructure, it has made way for job titles as well.  As per reports from a study in 2017 by Cowen, around 80 percent leaders in the Information Technology space are looking to implementing AI into their infrastructure. Among these leaders, approximately 43 percent are conducting a POC (proof of concept) while evaluating the scope of Artificial Intelligence in the long run; the other 38 percent have started investing in the technology and strategizing more initiatives.

The study by Cowen apparently implies that there is a growing scope for AI in the market. However, there is a huge talent deficit in the same in reality. New York Times in 2017 had reported that the best Artificial Intelligence talent numbered to less than 10,000 people around the world.

The influence of AI has not spared research institutions such as Gartner too. Whit Andrews, agenda manager of artificial intelligence at Gartner, states that his job role is profoundly influenced by the technology. According to Andrews, Gartner’s research has found that only one among every 25 CIOs is incorporating AI into their business strategies currently. Furthermore, five among 25 CIOs are considering AI for their short-term plans.

Nevertheless, some experts believe that although a lot of information is available regarding AI, one should not overestimate the influence of the technology. The CEO and Co-Founder of ProsperWorks, Jon Lee, observes that in reality the influence of AI on businesses is not yet exemplary. He feels it is more important to focus on the results now, rather than on the hype.