Artificial Intelligence, IoT, and Blockchain will be the New Kingmakers 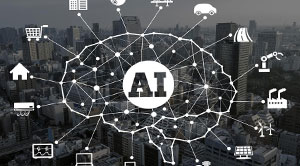 Artificial Intelligence (AI) is now becoming an integral part of every company across industries because of the global acceptance that AI got when investors heavily poured in AI-based startups and firms. BCG along with MIT Sloan Management to understand the gap between AI expectation and reality conducted a survey that revealed that 23 percent of companies incorporated AI in their processes while another 23 percent are working on pilots.

Google, Microsoft, and Amazon are offering cloud-based AI services where developers can bring their data and train algorithm to suit specific needs. The banking sector has wholeheartedly accepted AI in their operations. For instance, Malaysian bank uses machine language to identify the target customers who may buy life insurance. However, the incorporation of AI is not evenly distributed across all industry verticals.

Inexpensive sensors, reliable networks, and intelligent analytics have flourished IoT. BCG survey foresees an incremental spending on IoT in years where a major part of the expenditure will be accounted by manufacturing and logistics focused on areas such as predictive maintenance, fleet management, and self-optimization. IoT enabled devices offer real-time tracing position, which enhances production planning and scheduling. Insurance Regulatory Development Authority of India is pushing IoT devices in the insurance sector.

Blockchain started with cryptocurrency, but as a blessing in disguise, companies began using it for fraud control, patent tracking and invoice automation. Financial services along with banks and insurers have been trying to develop a common customer repository using blockchain technology. The potent that big data and analytics and the viral nature of social media holds is everywhere and can be seen taking big places in every organization. The world is still waiting for the combined effects of AI, IoT, and Blockchain that gradually knits over together and bring a paradigm shift in the years to come.