Artificial Intelligence is key cybersecurity weapon in the IoT Era

Artificial Intelligence is key cybersecurity weapon in the IoT Era 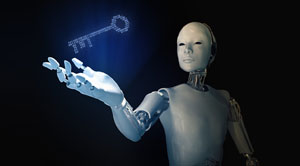 One of the most noteworthy technological accomplishments of the 21st century has been artificial intelligence, popularly known as AI. AI has permeated into almost every sphere today. Many enterprises today are putting their best foot forward in amplifying their own capabilities as well as empowering clients by the adoption of this cutting-edge technology. AI has permeated into almost every sphere today. For instance, AI plays a vital role in virtual shopping today and makes suggests choices to shoppers based on their preferences and by tracking the history of their online behavior. Recently, Russian president Vladimir Putin too stated that a nation’s influence over the world in the near future will be determined by its AI capabilities, which speaks volumes about the technology’s potential.

Many industry veterans opine that apart from the development of enticing websites and unique virtual shopping platforms, AI needs to be amalgamated in cybersecurity too. Although several efforts are being made to develop AI-powered security solutions, many experts believe that the technology hasn’t been exploited to its fullest yet. The complexity of cyber threats is amplifying each day and traditional practices of preventing damage caused by malicious practices just won’t suffice. Tools with cognitive capabilities are required to ward off the threats posed by hackers, especially in enterprises such as financial institutions which house large amounts of critical data.

Hence many enterprises today are turning towards solution vendors who are integrating AI into their security suite to build fortresses that are much effective than the traditional firewalls and antivirus. Each day, a number of enterprises are realizing the potential of artificial intelligence and believe that adoption of AI is the best way to gain an edge in cybersecurity.