Augmented Reality: The Next Big Thing in Wearables 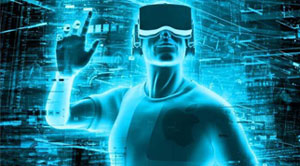 With Apple CEO, Tim Cook announcing the launch for ARKit and ARCore, a reality that has long been buried among technology companies and startups propelled into mainstream consumerism—augmented reality (AR). The AR technology is coming at consumers with as many patents and as much speed-coding as can be mustered.

While virtual reality (the more widely known relative of AR) devices like Facebook's Oculus and Samsung's Gear are very unique and niche products, they can be hardly tagged as "transformational." On the other hand, wearable AR devices actually carry the potential to be mainstream products that could even ultimately replace the seemingly omnipotent smartphones.

As an increasing number of wearables, such as devices looking similar to glasses, enter the world of actual possibility, they will drastically increase the amount of immersion AR helms into our everyday life. Some functional tools, such as AR tape are already available for use. The difference between this and an actual tape measure is that the user would no longer be required to carry a tape measure. While in the short term, when the additional technology is not yet developed, this becomes a powerful springboard for getting consumers acquainted with new technology. However, in the longer run, buyers would require more advanced AR devices—more than any handheld device can offer—to persistently drive acceptance of the technology.

The road to mass-consumed wearables is going to be bumpy. However, traversing through the time, these wearables will become more functional, comfortable, better tailored to individual style, and widely accepted in both enterprise and consumer industries.