Automation: The Cutting Edge Strategy for Every Industry 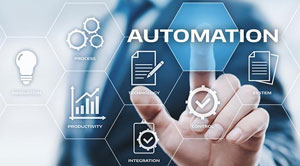 Enterprises have always aspired to be faster as every process within the business is being digitalized. The joint ventures of cloud infrastructures, quicker development practices, and microservices have empowered developers to update as well as release applications at a much faster rate. They have given emergence to DevOps, which has unified IT operations with application development.

Automation is a double-edged sword which has the potential to wreak critical damage to the vitality of an enterprise. Implementing automation technology is a new trend that has been followed by the company's nationwide. There are many benefits to look forward to in automation. Automation's application in an enterprise improves speed, accuracy and it also reduces the costs. Tasks that are manually processed are vulnerable to error, regardless of the individual entering the data and strict the cross-checks are.

Additionally, manual updating is time-consuming, so leveraging automation is an advantage. Automation removes the hazards and risks associated with a job, improving safety. It removes hitches in operations and production processes, which leads to enhanced efficiency and better products. There also is the added benefit of effective temperature control which likely reduces energy consumption. In mining, automated robots minimize waste and conserve the environment. Automation boosts an employee’s psychology by improving their focus on essential tasks. Automation reduces an enterprise’s wage bills by taking over most of the manual operations, which comprises of a vast chunk being cut from operations expenses. But, with automation taking over the manual functions, there arises the need to maintain and monitor this system. The initial setting up of an automated system demands a large amount of capital investment. There will also be uncertain costs with regards to repair and maintenance. Automation of machinery means that the company sustains a loss in flexibility, but no Artificial Intelligence can undermine a human brain. Thus, the process is repeated, and standardization is required.

Fresh benefits have been introduced with each wave of automation. In the 19th century, the first wave of automation revolutionized the industry by making productions robust. In the 20th century, the second wave sped up operations and boosted production. The latest wave of digital automation, powered by the Internet of Things, provides new insights with the ability to overcome all of the old challenges and drawbacks.