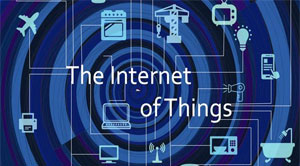 SANTA CLARA, CA:  Avaya, known for business communications and IT solution provider announces an addition to the company’s SDN Fx architecture to bring businesses one step closer to enable Unified Access and the Internet of Things - minus the disruption found in many major technology transitions.

A new line of next-generation, premium stackable Ethernet switches, the ERS 5900 series, optimized for Avaya Fabric Connect, allows companies to support new and emerging technologies as well as existing ones.

The Avaya SDN Fx architecture is the first to deliver automation and programmability from the network core to the user edge, providing “connect anything, anywhere” simplicity. An ideal foundation on which to build Internet of Everything strategies, this extensibility makes it much easier to accommodate and configure the escalating number of intelligent devices and users at the edge that need to be connected.