Axonius Announces Addition of Jerry Raphael to its Executive Team

Axonius Announces Addition of Jerry Raphael to its Executive Team 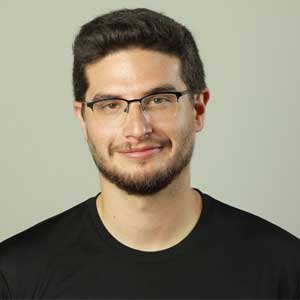 Raphael is dedicated to forming strong teams that can sustain and accelerate the company’s growth.

FREMONT, CA: Axonius, the leader in cybersecurity asset management, announced that Jerry Raphael has joined the executive team as chief financial officer. He is in charge of expanding and scaling the company’s global finance organization as it prepares for an Initial Public Offering (IPO), bringing more than 20 years of experience in financial leadership and global operations.

“Jerry has already been an integral player in our financial success. In his first weeks in the role, he helped to close our recent funding round, which brought us to unicorn status,” said Dean Sysman, co-founder and CEO, Axonius. “His extensive experience and financial leadership will be instrumental as we build out our growth strategy for global expansion and IPO.”

Raphael is dedicated to forming strong teams that can sustain and accelerate the company’s growth. Raphael most recently served as CFO of Stack Overflow, where he orchestrated several funding rounds, led the team through international growth, and helped the organization achieve profitability. He has also held executive positions at Vibrant Media and WWE and spent ten years at Grant Thornton advising companies on SEC compliance as they went public.

“Asset management is a persistent challenge faced by every company, and the move to remote and hybrid work environments has only exacerbated it. The simplicity with which the Axonius Cybersecurity Asset Management Platform solves this problem resonates with companies around the globe, and this is driving wide-scale adoption,” said Raphael. “As noted by our investor Bessemer Ventures, we are one of the fastest growing companies in their portfolio history. The opportunity to lay the groundwork for rapid international expansion and to help scale for continued exponential growth is incredibly exciting.”

Raphael joins Axonius at a point of rapid expansion and scale. The company announced a triple-digit growth in annual recurring sales in 2020. Axonius has also seen a 200 percent year-over-year rise in ARR in the first quarter of 2021, following its latest $100 million Series D funding round with a $1.2 billion unicorn valuation.

Raphael said the company’s culture of quality and the product’s simplicity and effectiveness attracted him to the role. Axonius is addressing a long-standing issue: cybersecurity asset management. To ingest, merge, normalize, and rationalize asset management inventories across products, the platform integrates with over 315 vendor products. This ensures that cybersecurity teams have access to an up-to-date asset inventory, allowing them to detect and mitigate security threats until they are exploited.

Boerger Consulting: Strengthening The Itam Posture With A Pragmatic Approach

Eyebase: A One-Stop-Shop for the Management of Digital Assets

ARMS Reliability: Tapping the Potential of Every Asset

RevealIT Solutions: Helping Organizations Stay Compliant with their IT Assets

CMMS Data Group: The Road to Growth is a Plan of Effective Maintenance