Backup Methodologies, Importance of its Encryption and Effect on Restore Time 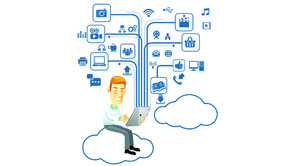 Data is a core part of every company’s operations and it needs protection during all phases—in active state, preserved state, or in backup form. The security policies of data center enable companies to control physical access to active data. Data security can be facilitated by taking backup of data and applying backup encryption on the same.

Off-site backup was traditionally used for data protection but there were multiple risks involved—from shifting backups to a third party’s location to data recovery in case of any disaster. Data backup operations become more crucial while restoring the data. Backup encryption resolves the problem by encrypting backup with the help of security keys and passwords.

Backup technologies witnessed changes in recent times as it reached from the course of tape backups to cloud backup. The latest technologies provide faster data recovery. There are multiple solutions for data encryption, which comprises of tape or disk encryption, or choose from software or hardware backup encryption. The major challenges while implementing backup encryption are operation complexity, process deployment, and key management.

The evolution of cloud backup revolutionized the whole process as it provides an easy and secure way to the companies for data security. Cloud backup appeared as a cost-effective and beneficial option for companies and it already made inroads to corporate data centers. There are two cloud backup options, hybrid cloud backup and pure cloud backup. Pure cloud installs agents on machines and sends backups directly to the service provider’s cloud. Hybrid cloud is beneficial for big companies producing large amount of data and needs an easily accessible restore operation. This backup option works as an on-site Network Attached Storage (NAS) appliance and performs operations as a local backup by doing background synchronizations on data sets and sending it to external cloud. If data restoration is required, the recent data can be quickly accessed because backup will still be in the NAS and it can be easily retrieved.

Encryption takes company data and encodes it into scrambled and unreadable text with the help of mathematical algorithms. Cryptography is used to render data into a scribbled format with the help of a key. If any unauthorized user will try to access the data, then it’s impossible for them to access data without the help of encryption keys.

Backup encryption is an easy and optional mechanism that ensures all data will be securely encrypted and it can be performed on both recovery manager and file system generated backups. In the simplest scenario, backup encryption provides high configuration flexibility to the data.

The encryption is important because it secures backup, as data stored at different servers is vulnerable to various security threats. But by using backup encryption, company data will remain safe because deciphering of encrypted data is not possible without the key. The encryption key works as a password to unscramble data.

Backup encryption is a two-way process. In the first phase company needs to take data backup. In the second phase database administrator performs backup encryption with the help of ciphering key. Later, that encrypted module will be saved at the server. In the future when company needs that data, the database administrator will first decrypt backup with the help of deciphering key, and later data restoration will be performed. The two phases of the encryption process increases data restoration time but, the time also depends on the encryption methods company is using. Encryption provides an extra layer of data security, but it increases the processing time.