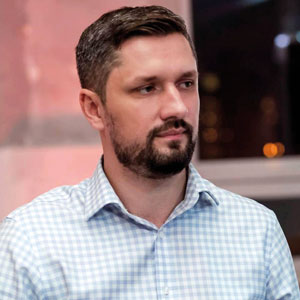 In this regard, Bankex has introduced the alpha version of MainWallet Commission System that charges a small fee from each operation whether it is an online game payment or a coin transfer. This fee is shared among the group of admins and power users of the board of MainWallet alpha test in the following manner such that the MainWallet admins derive 30 percent of the fees obtained from the customers referred by them. As a means of motivation, Bankex will pay additional 30 percent out of its fee and referral fee for the MainWallet admins who hold up to 10,000 BKX tokens and power users who hold up to 100,000 BKX tokens during the period for which their commission is calculated.

Depending on the type of business that admin represents and power user profile, the BKX hold amount varies. The standard admin token hold range is 1,000 BKX to 10,000 BKX. Also, MainWallet admins and power users who refer clients into MainWallet and hold up to 100,000 BKX tokens get to keep up to 60 percent of the fee plus the referral fee that Bankex Group receives from the transactions of the customers referred by these admins.

Thus the main objective of MainWallet Commission System is ensuring transparency in the event of sharing its profits with the community, unlike other banks do, by hiding the charges from their customers. MainWallet by Bankex tends to raise the user base rapidly in a geometric progression, growing from 1,000 to 2,000, 2,000 to 4,000, 5,000 to 10,000, 10,000 to 20,000, and so forth. Whenever the total number of end-users on Bankex backend supporting MainWallet hits a 100,000 user mark, BKX token circulation may contract by 10 million tokens.

“We are pleased to see that MainWallet, the platform that embodies the spirit of Bankex Group’s R&D, is soaring in popularity and is heavily impacting Bankex token usage,” said Igor Khmel, Bankex founder and CEO. “BKX token, which is MainWallet’s lifeblood, is well on its way to become one of the most wanted and revered coins of the next decade as we already see an increase in the number of BKX token holders and an increase in MainWallet transactions among them.” Bankex was featured in CIOReview as one of the 50 Most Promising Fintech Solution Providers 2018.