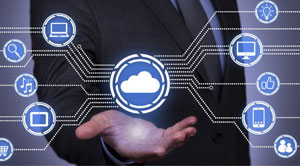 Cyberattacks have become gruesome in this age of cyber espionage. From a group of hackers driven by ulterior motive to state sponsored cyber experts, now the nuisance value of cyber attacker cannot be underestimated. As these attacks are launched with an aim to steal crucial business information and block business operations through ransomware, the need of the hour is in-depth analysis of cybersecurity plan. As malware set off a domino effect against cyber security measures, malware risk mitigation must be at the focal point of the IT strategist. Though many businesses deploy anti-malware software to safeguard their IT and business assets, on-premise solutions lack continuous database update and thus leave a scope for intruders to install malicious software into the system. As the frequency of malware attacks is increasing exponentially, regular software and malware database updates are essential.

Being aware of the limitations of on-premise anti-malware, businesses prefer online solutions for variety of reasons. The system administrators send the suspected malicious files to the security solution provider for analysis. The vendors check the files for malware, update their database if they detect a threat, and subsequently block the spread of malware. However, this approach may prove ineffective due to rising cardinality of attacks and time consumed in the process, which is inclusive of threat reporting to database update, businesses might incur heavy commercial loss in meantime. Though human involvement in threat detection process is a conventional approach, it is a major cause of slow resolutions.

Cloud-based automated malware analysis tool is devoid of limitations as found in previously discussed methods of threat detection and risk mitigation. The cloud-based tool uses lightweight agent software solution and performs malware analysis in its own infrastructure. Various cloud-based virus detection programs receive the documents and files sent by the users and thus increase threat detection process. These tools can also perform parallel scanning of files by assigning a virtual machine per detection engine. When new threat is detected through retrospective detection, the cloud-based automated tools rescan all files in its file access history. Even if a company has deployed systems with low computing prowess, the cloud-based anti-malware gives them a respite to overcome the processing challenges inherent due to low computing power.

Strategies applied by the cloud-based tools:

Using the sandbox testing, the tool quarantines the suspected file or program from the system and restricts the spread of malware to other parts of the system which is under attack. The tool utilizes virtual environment for the analysis of the suspected file. As a preventive measure, few tools conduct online scanning of the entire system that includes local disks that might facilitate the spread of the malware.

Virtualized machines (VMs) play a crucial role in testing suspicious programs and files. Instead of doing more harm to the infected system, the tools run the files in an instance of an operating environment of the system that is under attack and analyze malware and further actions can be meted out accordingly. The system under surveillance can be analyzed without the probability of spreading of malware as VMs operate from outside of its realm. Again, a separate VM can be assigned for analysis of a specific malware.

Few tools use unique approach for detecting the malware and track the communication routes used by the threat infections through simulated networks. Powered by machine learning and AI, cloud-based automated malware analysis tools hit the roadblock when new malware makes its way into the business systems. In such circumstances, threats cannot be detected merely by applying programs and human intervention is required. However, cloud based tools in combination with the human efforts can definitely guard against malware.