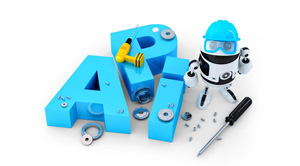 APIs that are easy to integrate and cohere to standards are invariably favored by developers over complex ones. Unlike coding, API documentation is intended for a human audience and not machines (computers). Hence, it is important to verify which API standards to employ so as to pull off a lucid, navigable, and error-free documentation. The best way to test the efficacy of any API is to first try it on one’s own applications before using it extensively. Consistency stands out as a core feature in this respect that benefits a large number of users. Following are some practical techniques that can come handy while writing and updating API documentations.

The foremost step to documenting an API is to establish a framework comprising all the vital information for the user to work up. Thereafter, functions like adding resources, edge-cases, and examples come to play. But most importantly, it is the user experience that must be the prime focus. Second in line is the task of authentication which makes the API operational not only for developers but also for non-developer users. This can be done by following common API standards through various modes of authentication like OpenID, OAuth, and SAML or otherwise through simpler HTTP-based or token-based authentication.

A dynamic layout is imperative for making the API navigable so that users can branch out as they scale the documentation. Multiple columns, syntax highlighter, navigation bar, and tabs are a few requisites for the designing of a robust layout. This will help them understand and streamline the process of documenting their API.

Provisioning an open API happens to be beneficial for developers as it allows them to generate code snippets and reference libraries in a number of languages, viz., Java, Python, Ruby, Node, Scala, Objective-C and more. To simplify this task, developers have a multitude of autodoc tools—for managing the whole API lifecycle—at their disposal, principal among which are Swagger, Blueprint, RAML, and REST United. A plus point about these tools is that they can self-update as the user makes alterations to their source code thereby making graphic scaling all the more trouble-free. Apart from these tools and dynamic templates, what API documentations further necessitate is the incorporation of outlines, descriptions, and clarifications for contextualizing the key resources and specifying how the API works in a broader perspective.

When it comes to maintaining API documentation, users must keep in mind to routinely update and iterate their documentations instead of waiting for the actual launch. This is possible through assembling specific processes and making the update feature a part of the deployment process. Likewise, user analytics also can be put to use to get an idea of the trending use cases of any API documentation. By tracking the endpoints used by API consumers, developers can prioritize and map out the most significant parts of their documentation. Analytics can also be leveraged to determine the kind of instruction manuals and walkthroughs to be created for the API. It is advisable to formulate customer-oriented documentations having analyzed the needs of the customers rather than creating APIs based on hypotheses.

While adding modern features, developers must also learn to eliminate components that are no more relevant whereby they can gain a meaningful insight into the utilities of their API. For better results, a quarterly or biannual inspection can be executed to scan through deprecated features, thus preventing customers from being misled.

To put it succinctly, a user-friendly support system is a must to uplift the quality of the API documentation. By doing so, developers can evaluate how comprehensive and precise their documentation is. With support being made accessible from any point on the documentation page, readers are facilitated with the option to report their queries and being notified accordingly. Going by the directives as presented throughout, it can be deduced that the ultimate secret to devising a successful API is to follow a simple and standardized approach.