Bigger players prove no one is completely immune from DDoS attacks 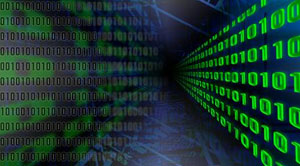 In the present day changing web ecosystem, the increase of DDoS attacks has become a significant concern. No individual or organization can be considered safe from being a victim to these huge attacks and bigger player on the global scale have been borne the effect over the past couple of years. With the rise in DDoS attacks growing in size and magnitude, it proves to be vital for website administrators to begin taking more precautions to protect their servers.

By far, the largest DDoS attack to be experienced was that of the BBC website in early 2016 causing hours of downtime, leaving a major impact on the visitor and the site itself. Later in 2016, the smart phone game Pokemon Go was a victim to the DDoS attack, shortly after the launch of the game. The impact of the attack was experienced by the users across over 26 countries. Around the same time as Pokemon Go attack, the U.S. Library of Congress was proven to lack immunity from a massive DDoS attack. This particular attack brought the government website down and also prevented the Library employees from accessing their work email.

As the scope for these attacks grow, it has been proven strongly that no entity is completely immune to a possible DDoS attack. It is encouraged that web administrators need to use information about DDoS attacks to their advantage. Possibilities to foresee attacks make it possible for administrators to employ additional security measures and keep their guards up, thus enabling DDoS mitigation. It is important for website administrators to check the level of DDoS program used in their hosting plans. This proves to be helpful by adding a pre-existing server for a set cost that filters the traffic on the website without compromising on the speed and performance for visitors.

NSFOCUS: Outage or Breach—Pick your Poison

EfficientIP: At the Forefront of DNS Security