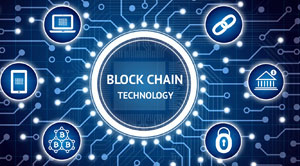 FREMONT, CA:  In the rapidly evolving world, companies are looking for ways to quickly and easily trace their transactions and track the assets in a business network. A promising technology, blockchain, known for its immutable ability to maintain transactional data managed by a network of computers, helps businesses to meet the needs mentioned above.  According to the World Economic Forum, an average of up to 10 percent of global GDP will be stored on blockchain by 2025. Blockchain Technology, initially designed for bitcoin and other cryptocurrencies, has now found its uses in many sectors like finance, health, and real estate.

While blockchain mitigates the need for businesses to put their trust in insurers and bankers, the technology being susceptible to breaches cast a shadow on it. Unsurprisingly, blockchain attracts fraudsters even though it has unique security features; they are equally vulnerable. To quote a few, 51 percent attack against Ethereum Classics was a recent attack on blockchain. Since the beginning of 2017, hackers have stolen $2 billion, especially from transactions.

Before examining the ways to address the blockchain breaches, here are a few basic terms to be understood.

Blockchain is a simple chain of blocks containing information with each block having the cryptographic hash of the previous block together with a timestamp and a link to form a chain. The technology utilized is an open distributed ledger containing the record of the transaction.

The blockchain protocol is a term denoting consensus mechanism for making decisions and to validate transactions within a blockchain network for reaching agreement in a group.

How does blockchain work?

Blockchain consists of multiple blocks strung together. The following processes need to occur to add a block containing data to the existing blockchain.

• Make a transaction; that is, make a purchase online.

• The transaction is verified if a purchase is made as desired, where details of purchase like amount and buyer are cross-checked.

• The verified transaction data is stored in the block.

• The block must be given a unique identifying code called a hash, after which the block is ready to be added to the blockchain.

Blockchain is prone to security issues accounting for data breaches. Whenever new blocks are added to the “end” they are stored linearly and chronologically. Each block containing its own hash makes it challenging to alter the contents of the block after being added up. Hash codes create the digital signature for each unique block by utilizing digital information. If the information is edited, the hash code changes. However, the next block in the chain contains the old hash, and a hacker would need to modify the information in that block. In short, to alter a single block, a hacker should alter all the blocks linked to it along with the hashes that would take an enormous amount of computing power. This makes the task challenging to edit or delete, enabling blockchain to be indisputable.

The immutability fascinates many industries ranging from finance, healthcare, property records, smart contracts, uses in voting, and many more.

A smart contract or cryptocontract is an agreement between two people in computer code form that is stored in a public database, without the participation of a third party. Further, These transaction details cannot be modified in the block, therefore minimizing the risk of being hacked. The elimination of third-party verification consequently reduces the cost while accuracy is improved by deterring human involvement. Transactions are secure, private, and efficient with enhanced transparency.

Although the financial sector has already undergone a significant shift by adopting blockchain, there are few notable benefits delivered by this technology. It helps consumers with its transparency associated with transactions. It improves the ability to exchange funds between institutions securely and quickly. Further, insurance companies can refer their past transactions registered on blockchains when needed.

Elimination of election fraud and bolstering voter turnout are the core ideas extending the usage of blockchain in the voting platform. Each vote is stored as a block in the blockchain where each candidate holds an account in the blockchain system making it difficult to tamper with while giving instant results and maintaining transparency in the election process.

Blockchain technology disrupts the real estate industry, starting with the process of buying the property to managing the records; the decentralized record-keeping technology instills trust within the real estate firm. Also, it eliminates property disputes that arise with manual processes of scanning documents and physical files in a local recording office, thereby ensuring accuracy.

Patient records can be efficiently stored in a blockchain, providing the patients with confidence that their data cannot be changed. Privacy is enabled by providing access to recommended individuals by storing the records with a private key, thereby preventing data breaches in the industry.

Blockchain technology penetrates all the industries boundlessly, and it has become crucial to develop a workforce of blockchain developers, who are much concerned with security. In doing so, users can be educated about the security risks in blockchain while extending its applications in various sectors.