Blockchain and its Security Challenges 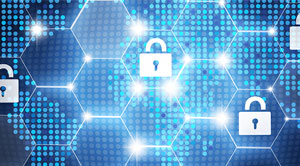 The blockchain is considered to be the technical foundation of the Bitcoin currency. Blockchain has the capability to revolutionize numerous things, which include mobile phones and IoT digital transformations. The development of blockchain technology was aimed to address the challenges of electronic finance that came up as it underwent a digital transformation. A trusted intermediary, that held authoritative copies were used as a conventional solution earlier. Today, this need has been eliminated by blockchain technology by creating a distributed base or ledger, which can be accessed and used by all parties, whose authenticity could be verified from the data itself.

To be precise, blockchains are sets or transactions or chained blocks, as the name suggests. The parties sign their own transactions to a blockchain with strong keys, and this provides authenticity to every entry. Two hash codes are added to a block, one is to offer protection and the other is to protect what went before. These hashes and their combination make it impossible for parties to change transactions without detecting the tampering, which has the potential to alter other parties. However, Blockchain security is critical when it comes to mobile phones. Even though authenticity is critical to mobile security in numerous ways, it is not the only solution to mobile security issues. Mobile blockchain is most likely to start in a registration blockchain, which at the time of sale or even at build-time would register on a device, which is made possible as each mobile device has its own unique ID.