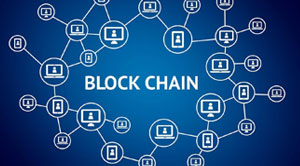 Satoshi Nakamoto’s concept of blockchain was originally meant to serve the purpose of cryptocurrencies like the bitcoin. However, today, given the rapid pace of advancements in blockchain technology, there exists a strong possibility of a shared database being developed. This is analogous to the concept enabled by Google Docs where multiple users can alter the contents of a document simultaneously. There are multiple possibilities that can be unleashed with the help of blockchain technology and its inbuilt features such as the smart contract.

The smart contract feature—a piece of code stored in each of the participant database that has the consent of all members, party to the agreement—can be used to venture capital funds. The feature can essentially redefine the way transactions are conducted in financial markets by eliminating the dependency on exchanges. The decentralization achieved through blockchain not only helps in saving the essential credentials at multiple locations but also translates into immense savings on transaction costs.

Logistics and supply chain is another domain where the smart contracts feature can be of aid. A typical use case to understand blockchain’s capabilities would be that of a vendor negotiating terms concerning payment with a transporter and entering into a blockchain smart contract. If the payment terms indicate that the vendor would settle the transporter’s dues immediately after the delivery, then the contract automatically releases the amount from the wallet to the latter, without any third party intervention.

Transparency ensured by blockchain helps in tracking the history, which comes handy in preventing the duplication of data stored in the shared database—a feature that could be leveraged to create a database of land documents. Naturally, the database allows no room for duplication of land records or the risk of multiple transactions, which is pretty much in the interest of consumers.