Blockchain for Cryptocurrencies: What's Next? 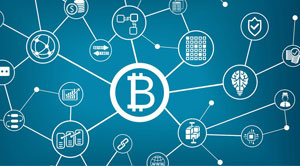 From being a buzzword a few years ago, blockchain has now become a harbinger of growth and innovation. Today, governments and organizations are implementing blockchain to bolster security, efficiency, and probably change the world as we know it. Albeit cryptocurrencies dominate the blockchain technology narrative, lately many initiatives have been taken in other directions and it seems, they are gaining traction.

For example, blockchain-based voting mechanisms encourage citizens to participate in elections and decision-making process of government. In this process, even the disenfranchised can confidentially vote and know whether their vote counts or not.  Blockchain-based platforms can minimize the influence of governments and large enterprises over users and citizens as they are given back the control over their data, privacy, and intellectual properties. Adding to this, blockchain encourages concerned parties to be accountable for their actions. Owing to the transparency and immutability in the blockchain technology, these parties can check the history and status of transactions and monitor the dubious activities in real time.