Blockchain is Enhancing the Gaming Industry 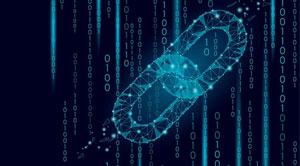 Blockchain has a wide range of applications in money transfer, online trading, healthcare, real estate, insurance and even entertainment industry. Its value outside of the trading realm is slowly becoming evident and the gaming industry—one of the dominant players in virtual economies—is no exception to its incursion. With its myriad of applications, blockchain benefits both the player as well as the game developer. For instance, cryptocurrency is being used to reward in-game achievements, purchase upgrades, game options, and other games from online stores and is used as a data structure to store each players’ move within the game as a transaction in a verifiable ledger. Implementing blockchain provides gamers with an opportunity to reinvest their earnings from one game to another and cash out their gaming talent whenever they want. This free flow of currency avoids credit card micro-transactions and international fees; eventually leading to a quicker and less complex system. It also provides easy accessibility of currency exchanges to gamers who build careers in gaming and streaming with their global audience and partners.

Apart from the benefits mentioned above, blockchain also has the ability to become a panacea for many industry vulnerabilities such as difficulties in player retention and security. By creating a transparent registration system and verifiable ownership of large in-game assets, blockchain helps address duplication and cyber theft concerns, stimulating players to invest more money and time into gaming. Blockchain also lets users collaborate to create their own games within the worlds envisioned by them. Hence, adding cryptocurrency support will make the next generation of games much more flexible, rewarding, and profitable for players and developers alike.