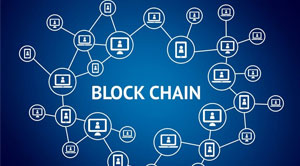 Blockchain is one of the most discussed forms of technology. The most popular cryptocurrency Bitcoins, which has been built on the concept of Blockchain technology, has its value increased almost every other day. Blockchain has revolutionized the way it is addressing the issues that are related with fiscal transactions, including currency reproduction and double spending. In addition, Blockchain also solves the issue of high transaction costs while at the same time enhancing the security and authenticity measures.

Blockchain refers to a range of blocks which store data including financial data with time stamps and linked to the immediately previous block. The blocks are stored secretively with stakeholders of a particular network. This feature of the Blockchain technology seals the areas of vulnerability, which are likely to lead to the manipulation of the records by cybercriminals. In addition, the blocks cannot be overwritten in a chain. Every transaction is verified with the respective stakeholders, which makes data manipulation impossible.

Features such as Keyless Security Infrastructure (KSI) and Public Key Infrastructure (PKI) ensure that any data manipulation is impossible. Simple logins, along with centralized IT infrastructure make bank transactions somewhat vulnerable. Blockchain security measures are likely to enhance the transactional security through linked data records which cannot be manipulated or damaged.