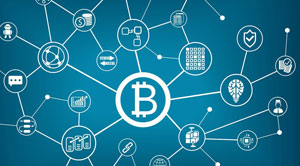 To put it simply, blockchain is a list of linked and secured records. In technical jargon, the records are called blocks. They subsequently give rise to blockchain as the records are added to the original chain. A hash pointer maintains the link with the previous block and the record carries timestamp and transaction data. The records are immutable and transpired between the two parties that want to participate in the transaction. As the architecture of blockchain is decentralized and does not need any third party authorization for the transaction, the technology has been at the forefront of creating cryptocurrencies.

As blockchain becomes a synonym for transparency, technologists and innovators are building new applications that would challenge the conventional practices and systems. From currencies to supply chain management, blockchain underpins smart contracts, sharing-based applications, governance, and also helps to protect intellectual rights of different assets. Timestamping mechanism and zero role play of third-party authorization make the blockchain the most economical solution. For instance, an art creation can be timestamped for ideation to realization and directly traded with the buyers while safeguarding the authenticity of the creation. While soaring prices of Bitcoin and Ethereum have given the hint of blockchain, there are more path-breaking applications to be put in place.