Blockchain Technology: Future in the Making 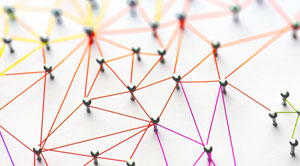 The much hyped blockchain technology should not be assumed to be just another cheaper solution to an organizational problem. It is much more than what people can envisage at the present moment. It has the capacity to crumble the very foundations on which the world functions right now in terms of transactions and economic influences. But expecting it to change the world anytime soon is like asking a crawling baby to start running marathons.

Blockchain as a technology is still in the research and development stage. The coming year is going to be of enormous importance as many companies working to incorporate blockchain with their business or working on blockchain technology, perse, are going to weed out. The reason is simple. Enterprises working on blockchain projects will be constantly assessed against the existing business models and those found deficient will eventually cease to exist.

Projects that do move forward will fall into three main categories: 1.) Purely research and development based, 2.) Learning how to work with the technology and endeavor to deploy it in a business context and 3.) Long haul transformational potential

The individuals who endure with their blockchain activities are not just mindful that the innovation is still at a nascent stage, yet also comprehend that this is less about the technology and more about business. And as such the year 2018 is going to be about watching which enterprises make the cut and which will surrender.