Blockchain Technology Is Here To Stay 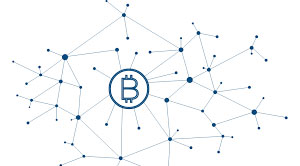 The distributed ledger technology also known as blockchain technology is currently considered as one of the biggest game changers in the market today. The brainchild of a person or group known by a pseudonym, Satoshi Nakamoto, is said to have devised the first blockchain database and considered the most disruptive tech in decades. The technology has made a great impact on multiple verticals such as healthcare, entertainment, information security and finance where it has imparted power to the people rather than centralized banking structures. According to a new paper from the Cloud Security Alliance (CSA), blockchain technology holds ‘great promise’ for securing connected devices and systems.

The report titled ‘Using Blockchain Technology to Secure the Internet of Things’ analyzes the convergence between two technologies blockchain and Internet of Things. According to the report, cloud-enabled blockchain network has two sections namely the blockchain service, consisting of communications between transactions and mining nodes and the blockchain clients which are IoT devices with limited hardware. They do not store the distributed ledger. They use M2M communications or API blockchain service nodes. More than one blockchain service can also exist together such as in a personal home network, the enterprise, and the Internet. The report gives an example that the first blockchain network was a dedicated enterprise implementation, with IoT blockchain clients being sensors and smart devices, with the second being a smart home consumer with clients as smart refrigerators and temperature sensors.

Now the question always arises on how secure it is and though no system is ‘unhackable’, blockchain is the most secure. According to Alex Tapscott, CEO of Northwest Passage ventures "To hack it, you wouldn't just have to hack one system like in a bank, you'd have to hack every single computer on that network, which is fighting against you doing that."