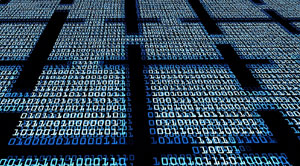 Blockchain technology has undoubtedly changed the concept of fiscal transactions. People are more acquainted with Bitcoins more than any other form of a Blockchain system. However, there are lots of similar cryptocurrencies in the world other than Bitcoins, which follow the concept of Blockchain technology. The fundamental idea about Blockchain is that technology is developed to maintain a series of transaction records across a network of computers, which is similar to the way the IoT world works.  All the computers included in this shared network have access to the transaction details. The participants use these systems to take part in the transactions. The transactions are verified by the computers with the aid of data which are called blocks. Once the verification of the transaction is done, the network adds the block to the last of the existing chain of other similar blocks. Thus forms the continuous, unbroken chain of Blockchain transactions.

Transactions with cryptocurrencies are apparently secure. However, developers have to be very careful with the security measures and keep the transactions safe from getting manipulated. How does the Blockchain platform help in this case? One of the best features of the Blockchain transactions that all the transaction details are recorded in the form of a chain after the same has been verified. If any individual wishes to manipulate or change the transaction detail in any way, all the blocks in the ledger have to be changed or manipulated in the same way, which makes it difficult and highly risky. This is because while the hacker is changing the details in the ledger, other transactions are being verified and added to the chain.

Although Bitcoins are among the most used virtual currencies to date, any other transaction based on the Blockchain technology would enjoy the privilege of the strategy.