Blockchain Technology Will Revolutionize Enterprises In 2020 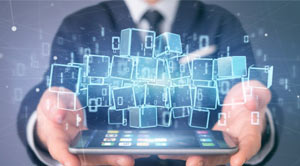 FREMONT, CA: Organizations are taking steps to build on their existing talents by adding training programs for developing and managing blockchain networks.

From the inception onwards, blockchain is considered to revolutionize the operations and processes in most of the industries and governments agencies. One of the slightest problems is that during the time of adoption, blockchain requires time and efforts. The blockchain technology will drive the people to attain new skills, and traditional businesses will have to be considered entirely to harvest the maximum benefits from using blockchain technology.

One of the blockchain trends in 2020 is the BaaS, which is a short name for Blockchain As A Service. A new blockchain trend that is considered to be integrated with several startups as well as other enterprises. Baas is a cloud-based service that helps the users to develop their digital products leveraging blockchain.

Blockchain networks can be classified into Private, Public, and Federated or Hybrid. The term named Federated Blockchain is referred to as one of the best blockchain latest trends in the industry. It is just an upgraded form of the basic blockchain model that makes it more ideal for many specific use cases. This kind of blockchain, instead of one organization, various authorities can control the pre-selected links of blockchain. Now, these selected nodes will validate the block, and the transactions can be processed further.

2020 will see an increase in the utilization of the federated blockchain as it provides private blockchain networks, a more customizable outlook. Another platform where an enormous trend might be observed is that the stable coin will become more visible. Usage of Bitcoin as an instance of cryptocurrencies it's highly volatile in nature. To eliminate that, the volatile stable coin came to the picture strongly with the stable value that is associated with each coin. 2020 will be considered as the year when the blockchain stablecoins will attain their all-time high.

Introducing blockchain in social media will be able to solve the problems that are related to the notorious scandals, content relevance, privacy violations, and data control. Therefore, the blockchain combination in social media is yet another emerging technology trend in 2020.

Implementation of blockchain can be ensured that all the social media announced data remain untraceable and can't be duplicated, even after it is deleted. Moreover, the users will get to store data in a securely and maintain their ownership. Blockchain ensures that the power of content relevance is in the hands of those who created it, instead of the platform owners. Making the user feel more secure, as they can control what they want to see or do not want to see. One daunting task is to convince the social media platforms to implement it, and this can be on a voluntary base.

The banking and finance companies do not need to introduce radical transformation to their processes for adopting the blockchain technology. When blockchain technology is successfully applied for the cryptocurrency, financial institutions begin seriously considering blockchain adoption also for traditional banking operations.

Blockchain technology will permit the banks to minimize excessive bureaucracy, conduct faster transactions at lower costs, and also to improve secrecy. One of the most predicted trends of blockchain made by Gartner is that the banking industry will derive 1 billion dollars of business value from the use of blockchain-based cryptocurrencies by 2020.