Blockchain: The Pros and Cons 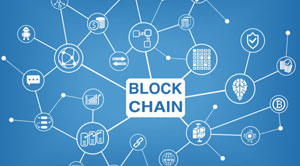 Till 2017, the common notion among the large corporate visionaries was that blockchain technology will revolutionize the financial industry. What was promised was a transformation of finance landscape, one similar to the IT and media disruption. However, jump to 2018, not much of a buzz on blockchain, the dust seems to have settled.   According to True Link Financial CEO Kai Stinchcombe, "After years of tireless effort and billions of dollars invested, nobody has actually come up with a use for the blockchain—besides currency speculation and illegal transactions." The lucrative potential is fairly visible at a global level especially with the widespread awareness of the technology and the noise of crypto-currency shaking the world market. So, what might have happened?

Where It All Began

The Blockchain brought an idea of a ledger, one that was different from traditional accounting ledger. This technology came with a concept of irrevocable proof, which garnered immense traction among the technology experts claiming that it could be the final frontier of the finance industry in the future. As enterprises could easily use it as a proof of auditing, Blockchain gained tremendous value among the entities with regulatory oversight.

Besides introducing a brand new opportunity for the financial industry to embark upon, blockchain did also bring security concerns and legal issues to the table.  Most fairly the immaturity of the technology itself made it difficult for the banks to adopt it.  With prevailing cases of currency speculations and illegal transactions, financial entities’ reliability on the technology and the confidence to transform their core systems to align with Blockchain weakened over the time.

What Could be a Decent Approach

In order to mitigate these issues, banks and financial institutions are making an effort to fine-tune blockchain, by removing permission-less transactions.  Owing to the bank's willingness to participate while holding onto the control of transactions, their attempts to transform blockchain into a privately managed equivalent of a SQL database is rational in its way.