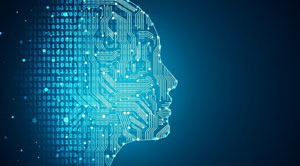 Artificial Intelligence (AI) is one of the most researched concepts in the recent years; research on AI with the help of big data has led to solutions to many problems that have been prevalent since decades. Error rates have been drastically reduced over time while aggregating and analyzing huge chunks of data. Interestingly, the uses of AI can be broadened with the introduction of the blockchain.

The most common utilization of blockchain has found a place in the blue-ocean concept; blue-ocean databases break through the tough competitive market and aim for a space with less competition. For instance, Wii, a video gaming console is the most acceptable area where the blue ocean database concept has been put into use. Contrary to the popularity of traditional blockchains Bitcoins, experts have stated that Bitcoins possess low capacity and throughput, poor query and high latency, which make it a less worthy of competing in the virtual currency market. However, interestingly, the blue ocean concept considers this to be a plausible opportunity for investors to try their luck. This is because blockchain technology has brought in three fresh features—centralized or shared control, native assets and exchanges along with immutable or audit trails.

The three features as mentioned earlier of the blockchain technology have been predicted to open up new dimensions for the AI space as well. Most blockchain and AI experts have agreed on the fact that in order to merge blockchain and AI, the former needs to be upgraded to greater scalability as well as querying. The good news is, newer technologies such as BigchainDB, which has a public network named IPDB is all set to accelerate AI functionalities.