Blockchain-Fostering a New Reality in Aerospace 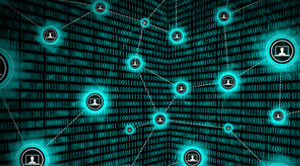 In today’s fast-paced world, the advancements in technologies are disrupting various industries. One such potential disrupter is the blockchain which has been a game changer for many multiple sectors in the digital arena. Currently, technologists are on the move to deploy blockchain in aerospace technologies.

As the blockchain deploys a decentralized ledger technology, for each, and every content being modified, removed or added in the blockchain, it keeps a clear record of all content. Hence the aerospace industry can assist blockchain in tracking the manufacturing details. Blockchain can provide a detailed report of all the suppliers of the aircraft with the tests, dates, locations and the persons performing these activities. This record contains greater transparency and also provides the engineers a clear picture of the whole life cycle of the aircraft.

So in case of replacement of parts in aircraft, engineers no longer need to struggle by looking at all the different records for every single problem. For every single part of the aircraft, blockchain can provide a report with greater accuracy on a real-time basis. Additionally, with blockchain, the involvement of middleman in aircraft leasing can be avoided. As with blockchain the transaction can be easily processed through cryptocurrencies without using banks or any intermediates. Moreover, these transactions are more secure as blockchain’s cryptographic key mechanism is the safest lock in accordance with the current trend.

Moving ahead, technologists are also planning to merge blockchain with Artificial Intelligence for the fruition of automatic vehicles. It is noted that NASA is one of the investors of this major technology breakthrough. This is just the beginning of blockchain’s evolution, as there are still many hidden potentials of blockchain that are yet to discover.