Blockchain's Vulnerabilities and How To Secure It 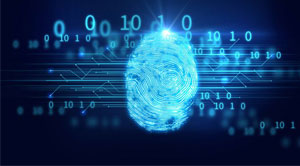 Blockchain technology’s transformational prowess is comparable to the Internet as blockchain continues to reshape industries left and right. According to surveys, the blockchain market size is predicted to reach 7 billion dollars by 2022.

As Blockchains largely rely on digital environment for all financial transactions, it makes them more vulnerable. Despite being ages ahead of rival database systems, data security risks are existent in blockchains and the technology’s advancement is dependent on the identification and elimination of these risks.  Among different types of blockchains, public blockchains seem to be the ones that are more vulnerable to security threats as they are viewable by all participants.

The use of pseudonyms and wallet addresses will protect enterprises even when using public blockchains, where transactions are visible to anyone on a public ledger. Basic information on the transaction will still be public, but the involved parties are not disclosed which will render any competition research on the blockchain useless.

Hybrid or private blockchains stand as alternatives to public block chains, and belie their controversial nature as they unite the strengths of blockchain with standard security procedures, like non-disclosure agreements for the participants, background inspections, and ISO security guidelines.

Publishing encrypted data on the blockchain would help maintain benefits between a private centralized server and a transparent blockchain. Encryption of data prevents other parties from viewing that data, and would require a private key for decryption to make it readable. This way companies have the freedom to publish encrypted data and allow visibility to specific entities with the private key.

Despite reasonable concerns of transparency and security, not every blockchain has to be completely transparent or exclusively public because blockchain use cases are still in the introductory phase. That being said, adopting this new technology should not be a long-lasting concern as blockchain protocol is designed to protect itself.