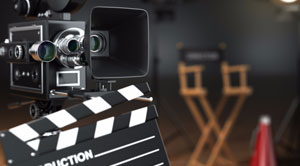 From the first motion picture to the present world of cinema, technology continues to contribute to the best of entertainment.

Today, the intervention of technology can be noticed in various sectors or industries, which includes film production too. Somewhat, technology has always been involved in the movie industry; the technology development or innovations primarily affect the integral parts of the production or process of movie-making. In the current scenario, the quality demand from a particular movie cannot be filled without the presence of advanced equipment and devices.

With easy access to advanced technologies, the film scenes and sets are designed and created according to the requirement. The light filtrations are especially popular to fix visual frame errors while shooting in non-favorable conditions like bad weather, extreme light capture, and others.

Drones are used with cameras, for all the problematic aerial shots and almost capturing the views which are painful and non-suitable for humans to handle. These are high in demands, as its easy and faster methods help the small budget films to deliver a quality production value.

VR has not only influenced the gaming industry, but film industries are also experiencing numerous benefits. The VR technology delivers an immersive and interactive interface to the users. The VR techniques are used to create animated films with various virtual characters and world. It perfectly balances the artistic talent and technical skills to raise the entertainment level.

Film production is teamwork, which includes many specialists, numerous collaborations, and also workflow from different geographic regions. The digital communication leverages the filmmakers to interact quickly and collaborate with the specialist and technicians all across the globe. The adoption of the cloud makes the work management simple by regular sharing and accessing massive data from multiple resources.

It also opens ways for supporting post-production and grand distribution of the project. It delivers the advantage of digital communications like video-streaming apps and websites, DVD, accessibility in different formats, and there are many more. Overall, the film industry is yet to explore the technical potential in the coming future.