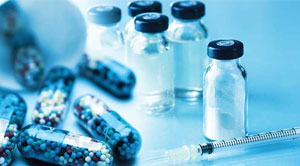 In the past, most drugs have been found by either identifying the active ingredient from traditional remedies or finding it serendipitous. The drug discovery process involves patient identification, synthesis, characterization, screening, and therapeutic effectiveness testing. A new team of scientists led by the University of California, Los Angeles (UCLA) has developed a new technique that helps researchers to find out the structures of organic molecules easily and quickly with the very small samples.

The work is already attracting considerable attention in the science community: A sample copy of the paper posted on the ChemRxiv website has been downloaded 19,000 times in just one day, which broke the previous record of 15,000 times downloads in six months, according to a report in ACS Central Science.

The final paper, published in ACS Central Science, illustrates a new method for examining small molecules with the help of electron microscopes. This approach allows scientists to analyze nanocrystals, that are so small that they can be only seen using special electron microscopes, and to identify them within approximately 30 minutes instead of several hours.

In recent years, affinity chromatography for the separation and analysis of biomolecules based on their biological functions or individual pharmaceutical, biochemical, biotechnological, and environmental sciences structures, has become increasingly important and useful. If a ligand is immobilized on a polymer carrier, usually by covalent coupling, and filled in a column, the ligand-related substances can be separated from other substances.

Ultimately, the technique is successful to speed up drug development processes because pharmaceutical companies are able to screen more samples faster than ever, reducing the time it takes to verify the molecular structure of potential drugs.

Biochemical suppression involves adding a small molecule to protein extracts, which inhibits an activity test. First, a protein extract is mixed with a molecule that inhibits interesting activity. An uninhibited protein extract is then divided into the inhibited extract and determined whether any fraction suppresses the inhibition. If a fraction is found that suppresses the inhibitory activity of the small molecule, further fractionation rounds are carried out to purify the activity of the suppressor. The new scientific approaches have therefore significantly improved the predictability of the number of drug targets and their responses to natural or synthetic ligands