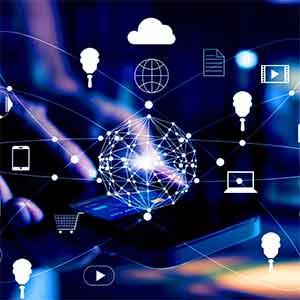 Microsoft Corp. plans to “nearly double” its budget for employee salary increases and boost the range of stock compensation it gives some workers by at least 25%, an effort to retain staff and help people cope with inflation.

FREMONT, CA: To retain employees and help people cope with inflation, Microsoft Corp. plans to double" its budget for employee salary increases and broaden the range of stock compensation it gives select workers by at least 25 percent. It is likely to have the greatest impact on early-career and mid-career employees. Microsoft is vying for talent with firms like Amazon.com Inc., Google, and Facebook owner Meta Platforms Inc., as well as startups, in addition to cost-of-living raises and a tight Seattle housing market. In addition to cybersecurity, artificial intelligence, and cloud computing are also highly competitive fields. Furthermore, the pandemic has caused many people to migrate and reconsider their career possibilities.

Base salary, bonus, and stock make up Microsoft's compensation package. The adjustments would affect a large portion of the company's employees, which totaled 181,000 people as of June 30, 2021.  According to Nadella, the stock rise will apply to employees who are at or below Level 67 on the company's internal scale. Level 67 is the final stage before an employee is promoted to corporate partner and given a higher salary. Salary budget increases will differ per country, with the most significant increases focused where the market requires.  Since the corporation does not disclose pay data, it's difficult to estimate how much the new compensation levels will cost in dollars. However, according to the Glassdoor website, a recent graduate working as a software engineer at Microsoft earns around USD 163,000 per year.

To cope with a competitive labor market, Amazon.com Inc. said in February that it would more than double the maximum base salary it pays employees to USD 350,000 from USD 160,000. Microsoft revealed the modifications as its fiscal year comes to a close on June 30. As Nadella pointed out, increased expenditures for promotions and a special stock reward are already planned for the current fiscal year in recognition of our remarkable contributions and to encourage the retention of the best talent.