Bridging the Gap between Physical and Digital World 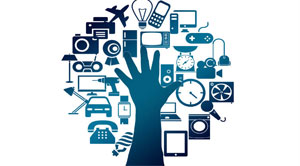 With every passing day in this digital era, the Internet of Things (IoT) is coming of age facilitating organizations with ample opportunities. This is resulting in more and more companies, industries and technologists catching up with the IoT. A developer’s activity list includes everything from data streaming to data collection, integration, processes, messaging, decisions, and what not. Apart from upgrading the developer’s tools, IoT is assembled in trillions of sensors. IoT brings together both the physical and digital world. It creates a network of physical objects like devices, vehicles, buildings, and even humans; and embeds them together with electronics, sensors, and software and network connectivity. With these devices sending, transferring, and collecting important data anywhere, at any point of time becomes easier. If we go by assumptions, in the next five years, companies, and individuals are expected to invest $6 trillion in IoT devices.

IoT has spread over developing countries off late. It isn’t much of a hindrance owing to the already existing standard infrastructure. 95 percent of the world has basic 2G coverage, 29 percent of the rural population has 3G coverage, whereas 89 percent of the urban population has access to 3G networks. Citizens, government officials, technologists, etc. can use it with ease. IoT’s “plug-and-play” feature makes it easier even for a skilled labourer to access it; which allows scalability within the devices.

More and more developing firms are providing full-fledged IoT services across numerous industry verticals like healthcare, water delivery, agriculture, city planning, etc. Developing nations are facing extreme health crisis every year. Deadly diseases like Ebola can be scaled to international aid offices worldwide through wearable tech devices like sensor, technology, and analytics that can monitor, predict, and protect Ebola patients. These devices collect all the necessary data such as patients’ body temperature, oxygen saturation, blood pressure, and so on. After collecting the data, the doctor can ship it to a central location, where a patient’s health can be tracked time-to-time.

Water’s importance can also be valued using IoT as it helps not only in monitoring the water quality and water delivery but also in alerting the municipal bodies when a water pump breaks, thereby demanding for an immediate replacement ensuring the people of the concerned area.

Agriculture forms the main occupation for a major chunk of world population. By 2020, around 75 million IoT devices will be agriculture-based. Technologically advanced farmers will be able to place the IoT devices in soil to track the acidity levels, temperature, and rate of crop growth in order to harvest successfully.

City planning can also be fostered using IoT. The IoT devices can help in a smooth flow of traffic, by regulating lights based on the number of vehicles on streets; sensors placed in homes can alert residents of any imminent disaster like landslides, fast-moving fires, earthquakes, and cyclonic storms and save lives and personal property.