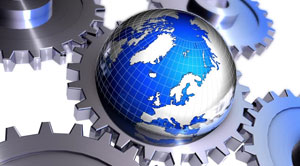 It will prevent expensive network fluctuation and disruption in service through minimizing layer 2-4 traffic attacks intensively. Web based graphical user interface will be simpler, updated and flexible as it supports dashboards, reports, event logging and statistics.

It offers integration with third party system architecture and provides other companies an in-depth knowledge about their network system.

Brocade also announced the release of Brocade Neltron OS 5.9 software which is build for SDN advancement and compatible with Brocade MLX Series routers.